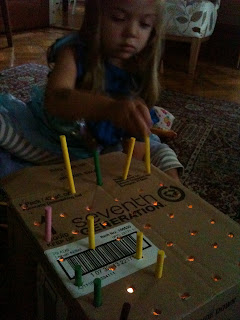 When I was a kid we had a Lite Brite that I loved to play with, not so much to make the pictures but mostly just to take the pegs in and out of the little holes and see it light up. The Bee and the Bean are both at an age of perfecting their fine motor skills and love playing with our straw sorter or lacing toys. So I thought they would be at the perfect age for our DIY version of the lite brite. Using a cardboard box and a pair of scissors I punched a grid of holes into one side of the box. Then I found a tap, closet light, the kind that uses batteries and put it inside the box. Finally I got out a bunch of mini-glue sticks, the kind we use in our hot glue gun. We had colored glue sticks and clear, both of which worked great. The clear ones light up which was neat but the colored ones added another layer to the play of color sorting and pattern making that the Bee enjoyed. The lite brite was a huge hit and provided a solid 30 minutes of quiet side by side playing, which is the equivalent of a five star rating at our house! 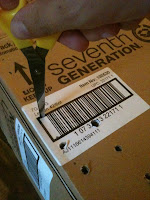 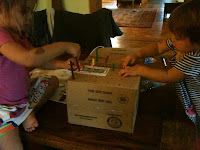 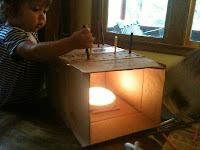 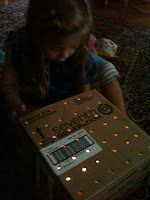 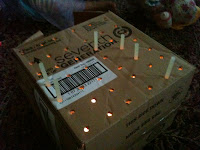