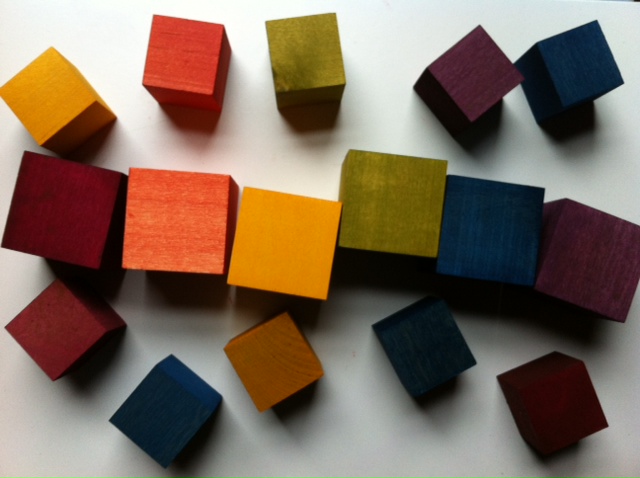 We have had a lovely set of plain wood blocks since even before the Bee was born. Despite my frequent attempts to drum up some interest these wooden blocks have reacieved very little attention at our house. The girls rarely want to play with them and when they do the play is pretty short lived. I had sort of given into the idea that they just didn't really like blocks, when I started thinking it was maybe just that the blocks were a little boring. I am one of those people that is always attracted to things that are bright and colorful and the kids are no different. So I decided to give the blocks a little face lift, well actually I found some other blocks to give a little face lift to, but you get the idea. 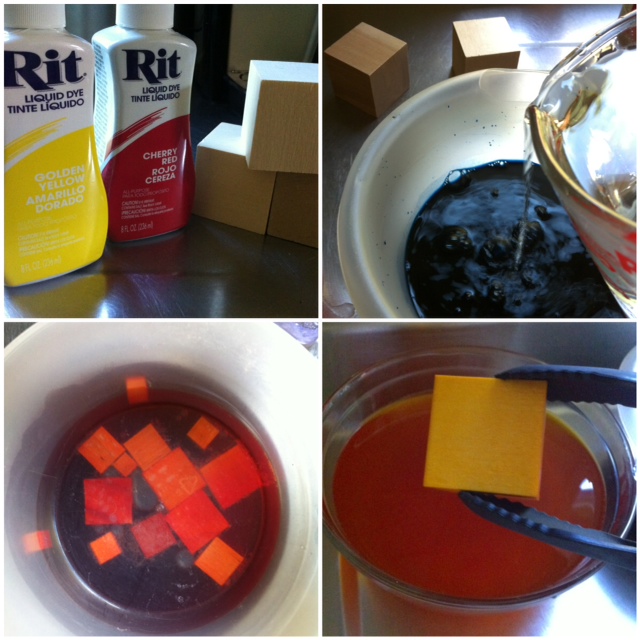 I had read a while ago about dying wood with RIT dye and had another project in mind for trying it out but then it occured to me that it might be the perfect way to brighten up our block situation. However the set of blocks that we had already had some kind of finish on them that would have made dying them impossible so I purchased some inexpensive wooden blocks from the craft store and got all cubes rangning in size from 2inches all the way dow to the 1/2 inches. While at the store I also purchased a few bottles of inexpensive liquid RIT dye. Then while the girls were not around, since I always figure it is probably better to dye things without the help of a 2 and 4 year old, I set up a a few glass bowls. I filled the bowls with 1/4 of the bottle of liquid dye and filled the rest of the bowl 2/3 of the way with hot water. I then added a some blocks of all different sizes to the dye. I found that the wood floated so I rested a small plate over the blocks to keep them submerged. I let them sit in the dye for about 20 minutes, a little longer for some of the lighter colors, before pulling them out with a pair of tongs and drying them on a paper towel. That was it, once the blocks had dried the color was steadfast. I even tried getting the blocks wet just to make sure there wouldn't be any dye accidents down the line, but it was fine. The colors were bright and vibrant and no staining of fingers, hands (although you might want to put some kind of natural wood protector if you have little ones that but things in their mouth) 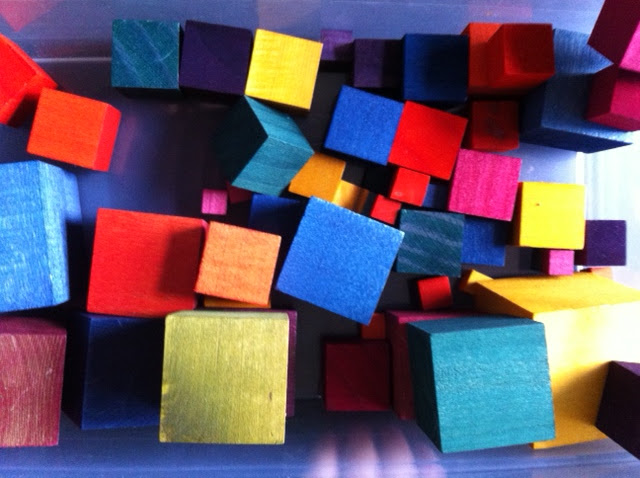 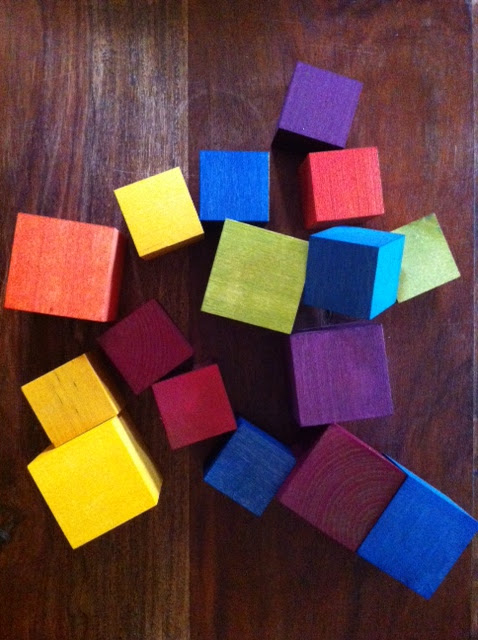 The new set of colorful blocks have been much more of a hit then our old set, they already have gotten a fair amount of use. The Bean in particular seems to like to build towers with them or use them as little houses for her figurines. I really like seeing them all those bright colors are so inviting and look great, even when they are strewn all over the floor. 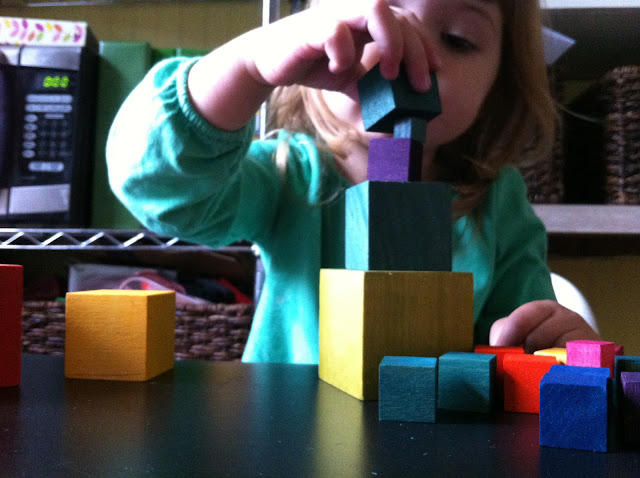 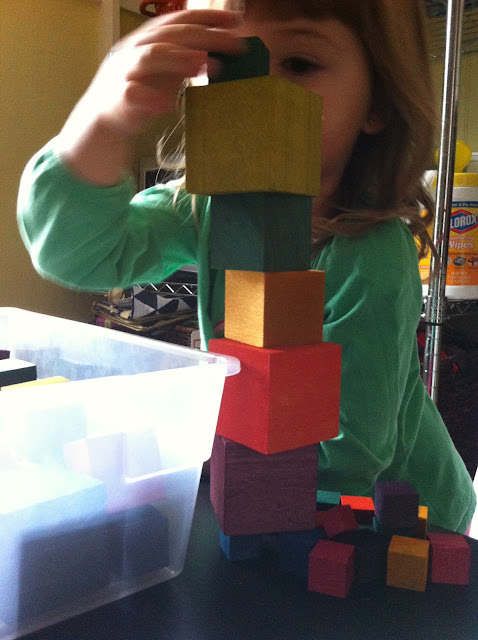