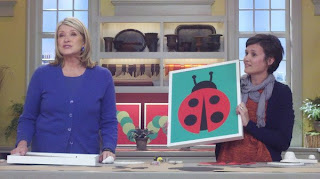 So, this is a picture of me with Martha Stewart!!!!! Even today I am still not totally sure how this happened, the whole thing sort of seems like some weird dream, and Martha Stewart has occasionally appeared in my dreams, so if it weren't for this picture I might not believe the whole thing ever happened.
To start at the beginning, with the power of social networking, a few weeks ago I read on twitter that they were looking for craft bloggers to come be studio audience members at the Martha Stewart show. I, as a huge Martha Stewart fan, was so excited, I write a craft blog, I love Martha Stewart and how awesome would it be to go see a live taping of her show. So I went to the Martha Stewart website and filled out some info about me and my blog, thinking in the best case scenario I might get to go see the show. You can only imagine how excited I was a few days later to get an email saying that my request to see the show had been accepted and asking me if I would be interested in being part of a tech panel that would blog/tweet from the show. Umm, Yes! They also asked if I knew any other craft bloggers who might be interested and I thought of my friend Juliet who writes an awesome blog and makes incredible jewelry from broken plates.
So that is how Juliet and I ended up in New York yesterday. After both enjoying quiet mornings to ourselves (she on the train, me in the car) which as moms of little kids was a gift in itself, we met up at the Martha Stewart studios in Chelsea. Armed with our ipads we checked in at the studio and were directed to a waiting area for the tech panel. As we walked over a women asked if anyone was the mom of toddlers. Juliet answered that both she and I were the mom of toddlers, and the women then asked if either of us would be interested in doing a craft project with Martha!!!! She then followed this with you can't be nervous at all. Juliet and I were both a little hesitant but I knew that I couldn't pass this up so I put on my best bravado and some how convinced them that I wasn't nervous at all. After a few minutes talking with the shows producer Lenore, and I was somehow standing on the set of the Martha Stewart show. A show that I have been watching almost daily, since it airs right at nap time, for the last few years. So as you can probably imagine being on the set was a little bit surreal. After Lenore gave me a quick rundown of the project and some very helpful tips, she took me to hair and make-up. For which I was very grateful seeing as that I had left the house at 6am without either being done. They then took me back to a green room, put on a microphone and took me back out to the audience. I joined the rest of the tech panel for a tour of the set. I also might add that the blog panel was filled with some awesome bloggers and I felt very lucky to be in their company. Craft Gossip, 100 ideas in the head, Stamp 48, The Broken Plate, Purl Bee, You Stir Me, Meg Allan Cole,Whit and Whimsy I hope I didn't leave anyone out. After the tour the show begin and Martha Stewart came out and begin the show, from her my recollection gets a little foggy, I shook hands with Martha and did my best to do all the things that Lenore and Noel coached me on. The show airs on Thursday (October 6th) at 10am on the Hallmark Channel, so how it actually went is yet to be determined. After my segment with Martha I sat with the rest of the bloggers and did my best to tweet about the rest of the show. I also got to watch Juliet's appearance with Martha Stewart, tasting kimchi! She was awesome and totally unfazed by the spiciness of the kimchi. After the show was over we walked out with all the goodie bags they gave us, and stood on the street for a minute. Juliet and I looked at each other trying to figure out what had just happened. The whole day was incredible, The whole Martha Stewart team was unbelievably nice, and I still can't believe it all happened! 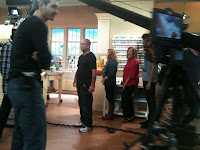 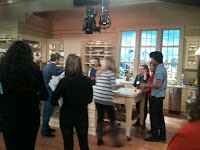 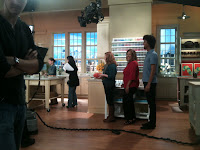 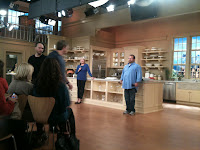 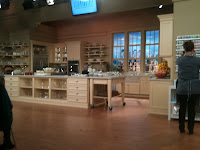 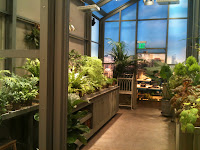 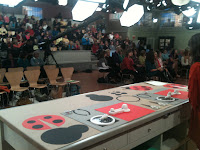 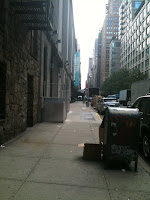 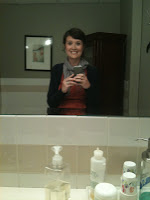