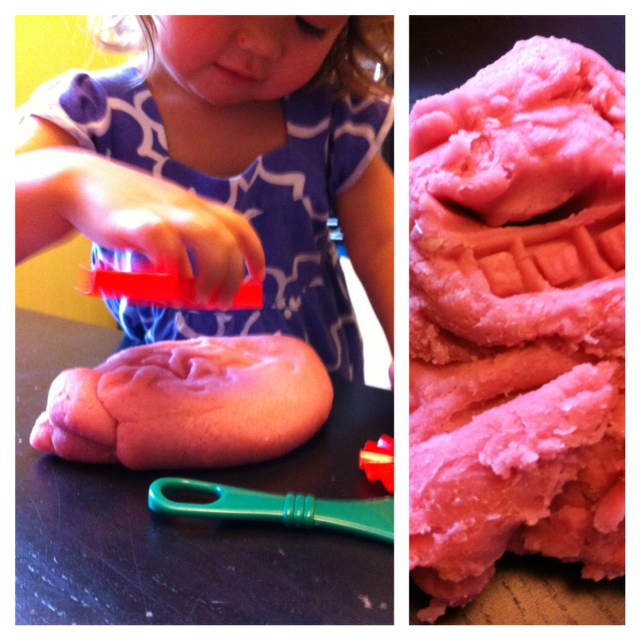 Super hot temperatures and the summer cold that will not leave us alone has meant lots and lots of play dough. So to spice things up I thought we would try a summer time play dough recipe using Kool-Aid. We bought two packets of Kool-Aid at the store one blue and one red. We then measured out two cups of warm water and mixed one packet of Kool-Aid into the water, stirring until it was dissolved. Next we followed our favorite play dough recipe:
2 cups of flour
2 tablespoons of oil
1 cup of salt
4 teaspoons of cream of tartar 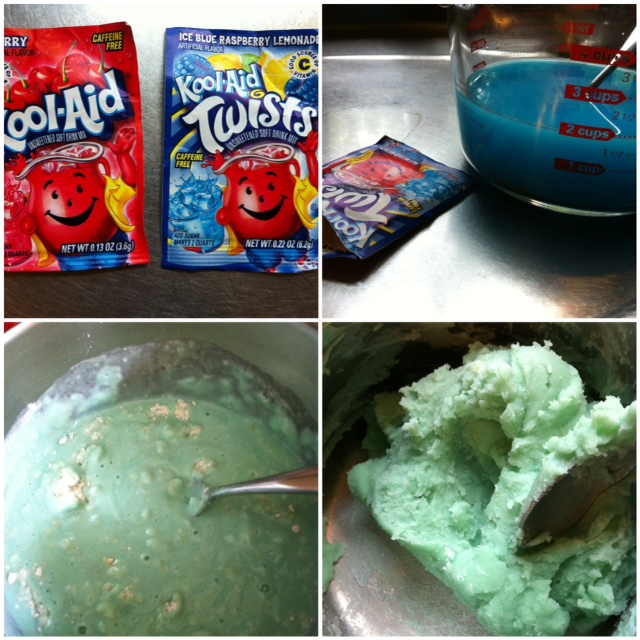 We mixed all the ingredients into the a saucepan. Then poured the Kool-Aid water into the saucepan and stirred all the ingredients together over medium-high heat. After a few minutes the mixtures started to come together and pull away from the pan. I then took the dough off the heat and let it cool a minute before kneading it a few times and giving it to the girls. The Kool-Aid play dough (we made two batches one Ice Blue Raspberry Lemonade and one Cherry) smelled delicious. The girls pulled out our play dough tools and had a great time playing and the kitchen took on the sweet Kool-Aid smells of summer!
Posted by Katie at 2:27 PM