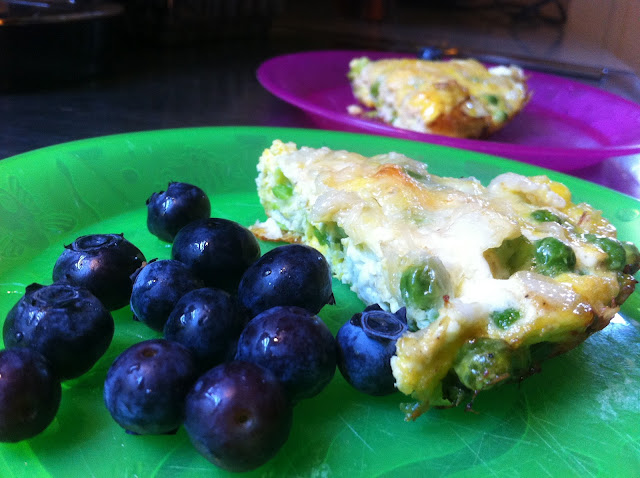 We have been on a pretty good streak with our Farmers Market dinners, so I am not totally surprised that this one was not well received. I did however think this one had all the makings of a good family dinner. The peas from our garden have been a big hit and we are all egg fans around here, but they each took one bite and then refused to eat any more, so I guess I was wrong. As for the grown-up taste testers, well I thought it was okay, good enough to eat but I am not dying to make it again. A few months ago I would have told you this is why I always make the same dinners. I can't stand when you spend all this time cooking something new only to find that no one will eat it and you are back at square one. However, this Farmer's Market Tour/Dinner thing has helped to change my perspective a little. I went in to this knowing that some dinners weren't going to be a success so I don't feel as bad when a dinner sits on the plate almost untouched. By trying dinners and figuring out what we don't like now we should have less dinner failure in the future, or at least thats my hope. 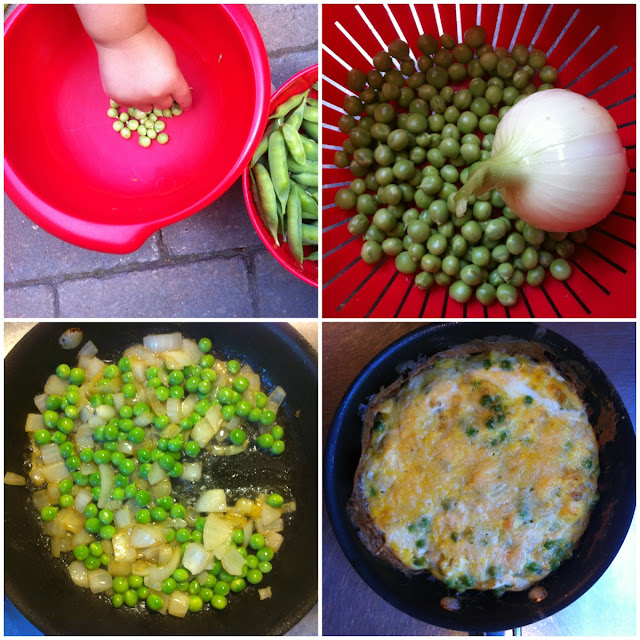 So after all that talk about how we didn't really like it I am going to give you the recipe because I am sure that you are dying to make it now. I started by dicing a small onion and sauteing it in a small skillet until soft. After a few minutes I added some of the peas we shelled, both the peas and onion came from our garden, which was very exciting! I then scrambled four eggs (from the Mt. Washington Farmers Market) into a bowl and poured the eggs into the pea/onion mix. I gave the eggs a quick stir and then let them set up for a moment before sprinkling the top with a little Parmesan cheese and sticking the whole pan into a 375 degree oven until the cheese was starting to brown. I then cut the fritatta into slices and well you know the rest. I think the fritata could be a good, quick and easy dinner for us, we might just have to try a slightly different recipe.
Posted by Katie at 1:55 PM