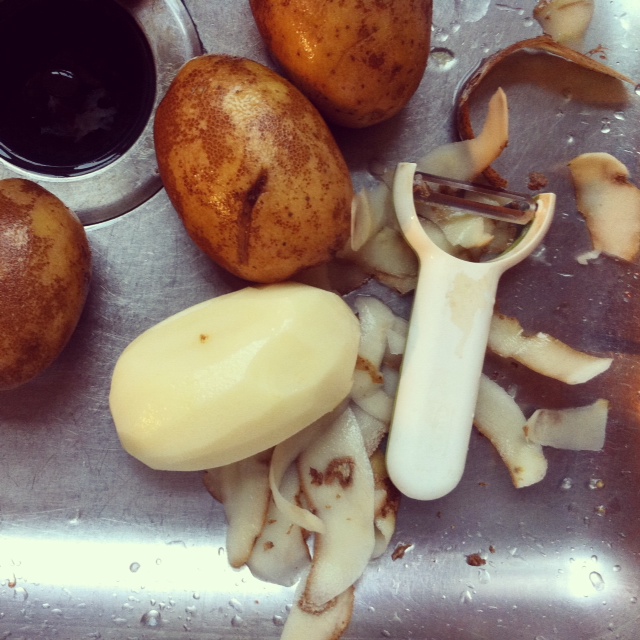 If I was ever stuck on a dessert island with only one kind of food for the rest of my life it would undoubtedly be potatoes. I like potatoes cooked in every form possible. The Bee and the Bean however, are a little more skeptical about potatoes. I have never seen them turn down a french fry but I can't seem to get them to eat mashed potatoes either. So since it is Hanukkah I thought we would try to make our own potato latkes and see what they thought about those. My sister, who is an excellent cook, for warned me that she had tried to make latkes from scratch once before and they weren't any better then store bought. She did also say that she thought it might be the recipe she used. So I went directly to the source for no fail recipes, Martha Stewart. I have found time and time again that a Martha Stewart recipes always turns out well. Fortunately she has several recipes for latkes, so we used this one. 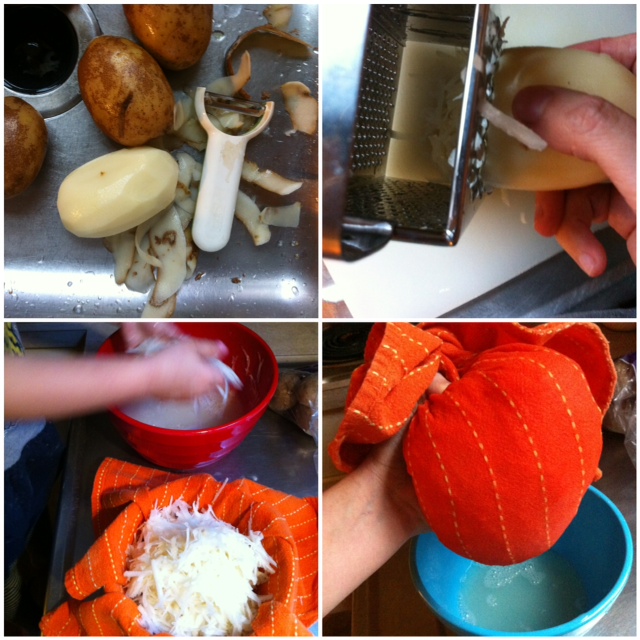 I was happy to find that this was a good recipe to make with the girls in that there were jobs everyone could do. The Bean was in charge of washing potatoes, the Bee was in charge of peeling potatoes (with lots of peels getting on the floor but that's cooking with kids) and I was in charge of grating 4 large potatoes. I placed each grated potato into a large bowl with ice cold water. After we had finished grating all the potatoes I took another bowl and put a towel in it. The Bee then pulled the shredded potatoes out of the water and put them into the bowl with the towel. At first we tried with a slotted spoon like the recipe said but quickly discovered it was a lot easier and more fun to just use hands. After putting all the potatoes out we let the bowl of water sit on the counter for a few minutes to separate the starch from water. In the meantime we squeezed all the water out of the potatoes. 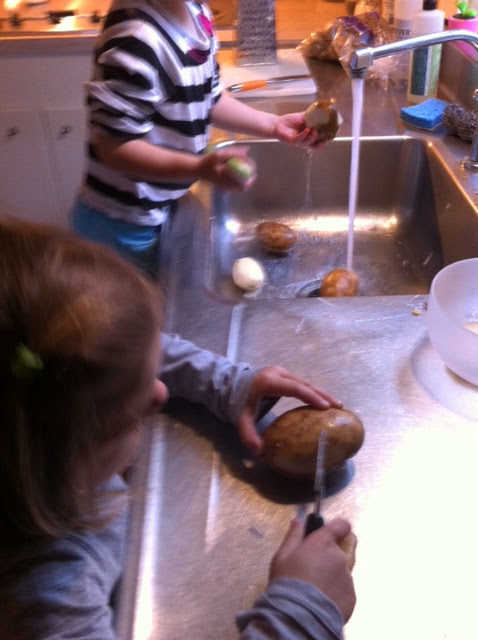 Next I went back to the bowl of water that the potatoes had been in and carefully drained the water out leaving the white, pasty starch that had collected at the bottom of the bowl. At this point the girls had lost interest and gone off to play, so I did the next few steps myself. I mixed the drained shredded potatoes back into the starch. I also added two large eggs, three tablespoons of flour, one tablespoon of salt, one finely grated onion and some pepper. I mixed all the ingredients together, then warmed some vegetable oil and a little butter into a large frying pan. I then took large spoonfuls of the potato mixture and put them into the hot pan, carefully flattening them with the back of the spoon. After cooking just a few minutes they started to brown so I flipped them and let them cook a few more minutes before taking them out and draining them on a paper towel. I then stuck the finished latkes in a 200 degree oven to keep them warm and finished making the rest. The recipe made 12 decent sized latkes. 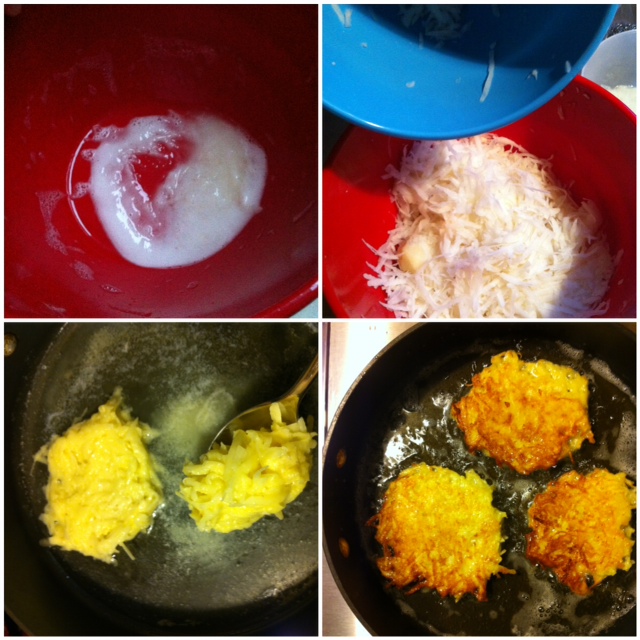 We had our finished latkes with applesauce. The verdict was that the Bee really liked them, the Bean liked them but maybe liked the applesauce better and I couldn't stop eating them. Over all a latke success and maybe the beginning of a holiday tradition! 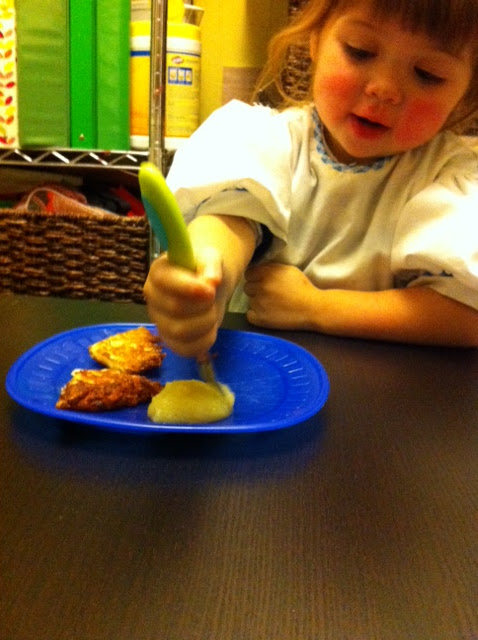