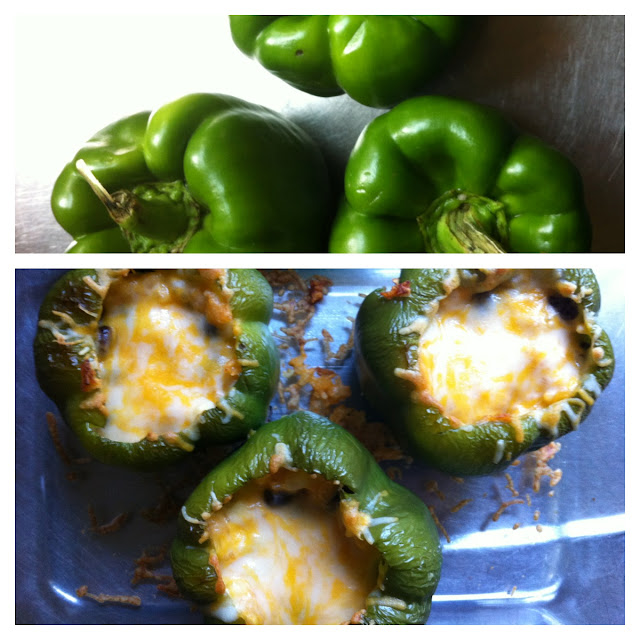 Since we are back on the Farmers Market Tour, I thought we would try a new Farmers Market dinner. While at the Cross Keys Farmers Market we bought a bunch of beautiful green peppers. Which I recently learned are usually the same as red peppers only picked off the plant before they turn green. Did you know that? I somehow had no idea and we grew peppers in our garden last year. Anyway when we got home I looked around for some inspiration for what to do with them and came across this recipe from Real Simple for Southwestern Stuffed Peppers, which sounded delicous. As always we didnt actually follow the recipe, mostly because we didnt have all the ingredients, but what we made turned out pretty good. 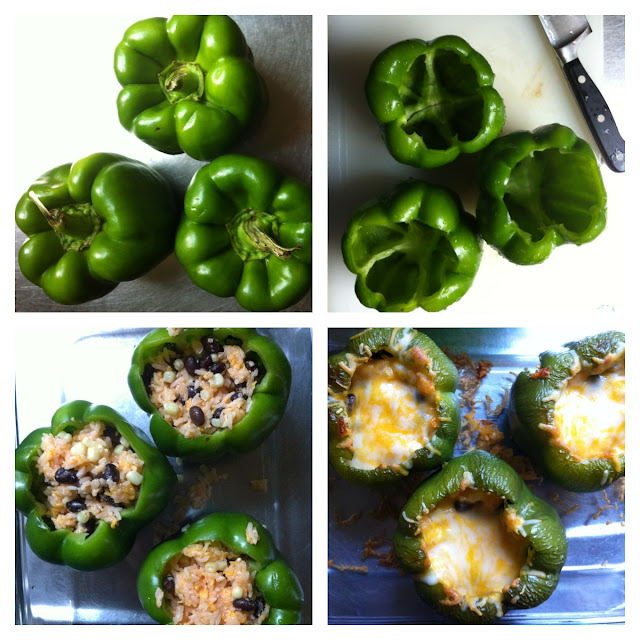 I started by cutting out the tops of the peppers and giving them to the Bee to clean. She is always happy to wash things in the sink, since it means she gets to spend half the time playing in the water. While she was washing/playing I made a cup of basmatti rice (I follwed the directions on the package) and then mixed the finished rice with 1/2 cup of salsa, 1 cup of corn, 1 can of blackbeans, 3/4 cup of chedder jack cheese and a little salt and pepper to taste. We then stuffed the mixture into the pepper (mostly my job because the Bee was still happily playing in the sink) and topped with some more cheese. We then baked the peppers in a pyrex pan at 375 degrees for about 40 mintues until the peppers started to soften and the cheese was fully melted. After letting the peppers cool a little we sliced them open and tasted. The verdict: the Bee and I loved them! This may be my new favorite dinner. The Bean on the other hand was not a fan. It's a little hard to tell if that was really about the pepper or the lack of nap, but I guess we will have to try them again to find out. 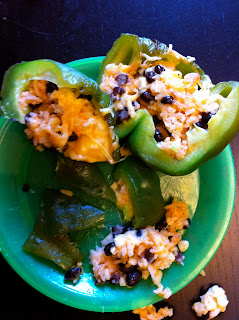 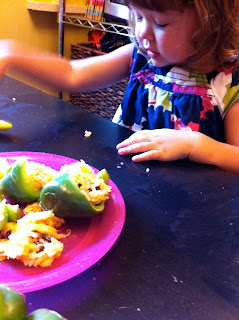