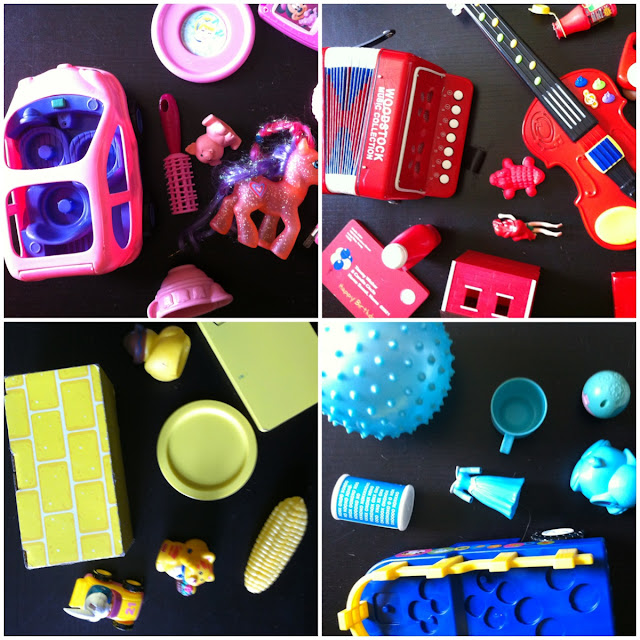 I am always on the hunt for something to do with the Bee while the Bean takes her afternoon nap. While this is the time we often use to make stuff, sometimes either she or I aren't in the mood for making stuff. So the other day she suggested we play a game. I had already had my fill of hide and seek that day and she wasn't interested in any of the games we own. So I suggested we make up a game. The game we came up with was a color relay, which started with the Bee selecting a color. We then had 30 seconds to find as many things of that color as we could and put them in a pile on the floor in the dining room. This involved a good amount of running for both of us. When the little kitchen timer went off we selected a new color and started again until we had done all the colors we could think of. By the time the Bean woke up we had a rainbow of toys on the floor, which she was delighted to see. While the clean up was a little time consuming the game itself was a blast! 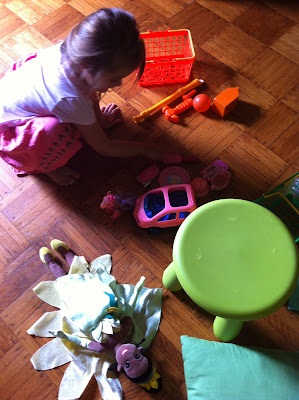