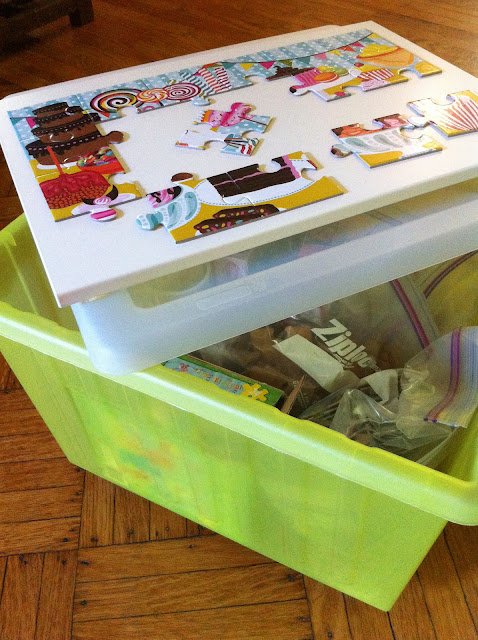 Despite sharing the same genetic make-up the Bee and Bean couldn't be more different. Anyone who has a sibling knows this is often the case, and as the girls get older it is becoming more and more evident just how different they are. Their differences are most evident to me when they are playing. They have very different interests and as a result rarely choose to play the same thing.  Their favorite activities are drawing (for the Bean) and puzzles (for the Bee) both of which we have always done at our kitchen table. Trying to do them both simultaneously on the kitchen table often ends with tears or pieces all over the floor, so recently I have been on the lookout for an alternative work space for them. While I was at Ikea a few weeks ago I picked up a few storage boxes (Vessla) that have casters on the bottom. We already have a few of these at our house and they are great for kid storage. While I was standing in the aisle I saw nearby a two pack of flat white shelves (Trofast) for $9.00 and thought if I could glue the shelf to the storage box it would be a perfect way to not only store stuff but also a great place to work. So I took it home and gave it a shot. 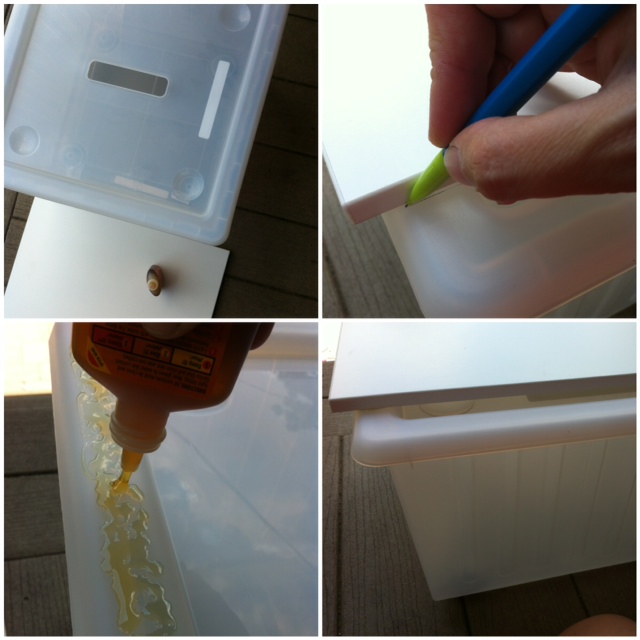 I started by laying the shelf out on the lid of the storage box and marking with a pencil where I wanted the lid to be. The lid is a little longer then the box but not as wide as the box so it gives ample work space without taking up too much room. I then used an industrial strength adhesive on the back of the shelf and attached it to the lid, matching up the edges with the pencil lines. As a side note at first I tried to use Gorilla Glue and it held for a while but did not stand up to the rigors of a 2 and 3 year old, so I tried again with the E-6000 (which I got at Michael's) and it worked much better. You could also probably screw them together but that would involve charging the drill and well you know how that is. 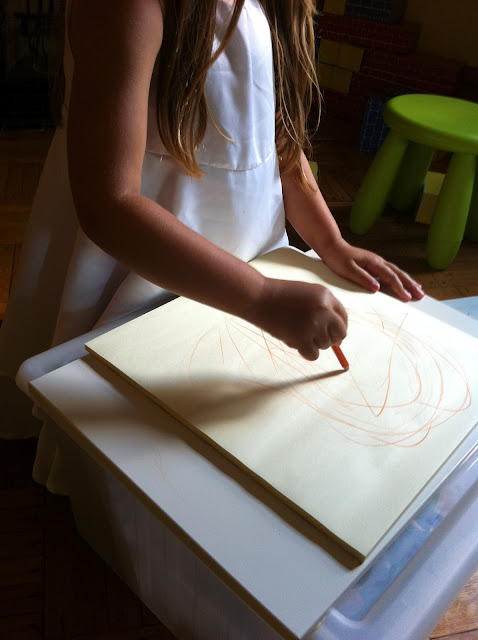 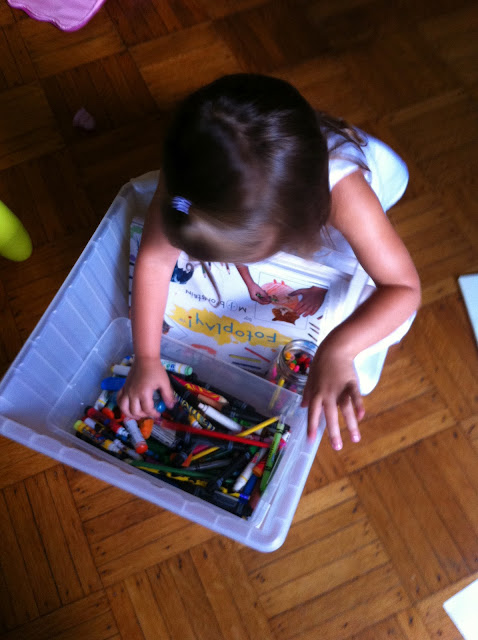 I made two separate work spaces one for the Bean and one for the Bee. I filled the Bean with blank paper, coloring books, lots of markers, crayons and colored paper. The Bee's was filled with all her favorite puzzles, which we keep in Ziploc bags. The girls love them, sometimes they use them as a work space and sometimes just as kid accessible storage for their favorite items. They roll around so we can move them anywhere and the close up and store away when we are trying to clean up. The thing I like most is that they could be used for anything, as the girls grow and their interests change we can easily swap out the contents. If you have a Lego lover this might be great for those too! 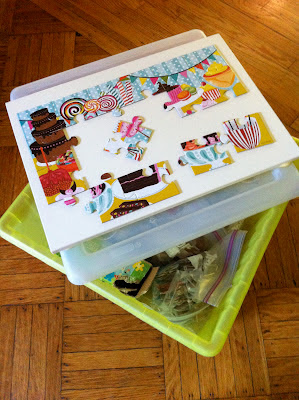 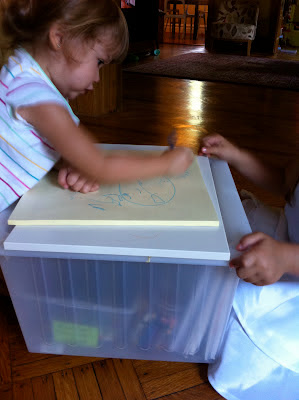