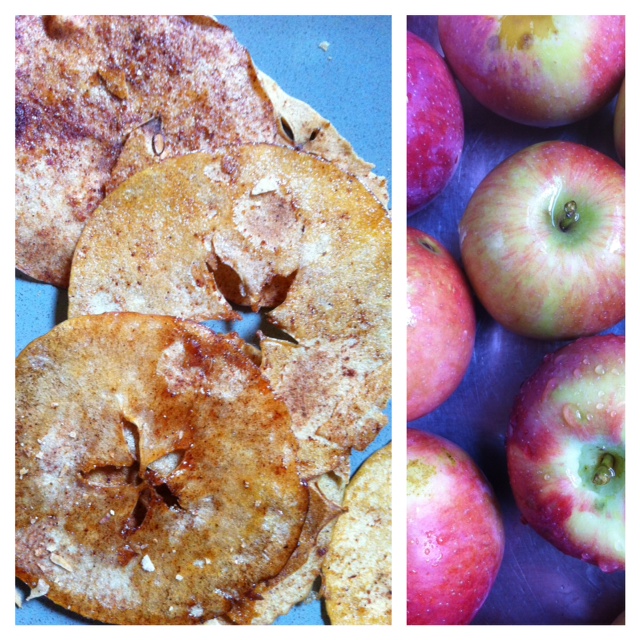 It is definitely beginning to feel a lot like Fall around here. Pumpkins, apple cider, leaves and afternoons perfect for wandering outside. We recently took our annual fall trip to pick apples which of course resulted in us having more apples then we could possibly eat. Even after making apple sauce and eating apples at almost every meal we still have a bunch left, so when I found this recipe for apple chips from The Italian Dish (via Pinterest) they seemed like the perfect thing for all the apples we still have at our house. 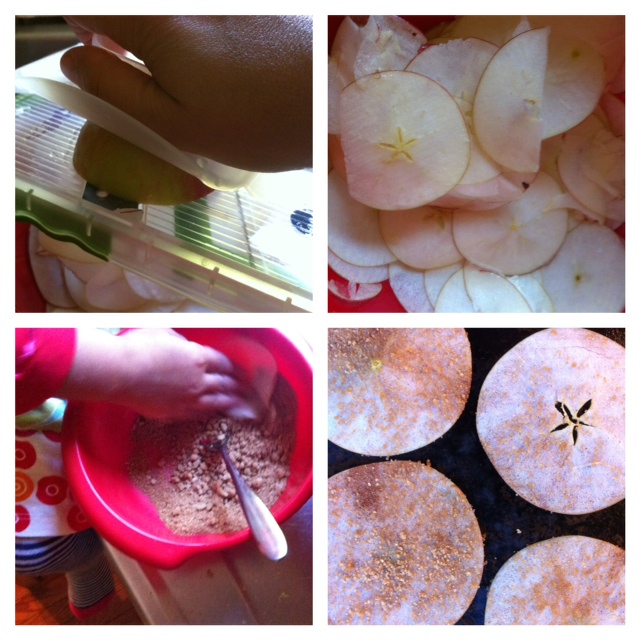 The Bee began by washing the apples while I sliced them with a mandolin. The mandolin is very sharp, so I did that part by myself. Once I had sliced three apples, the Bee and I mixed a little brown sugar and a little cinnamon in a separate bowl. The Bee then dipped the apple slices into the sugar/cinnamon mixture, she loved doing this step and definitely coated the apple slices more then I would have, but she was working so well I just went with it. We then laid the apple slices in a single layer on a baking sheet and put them in a 250 degree oven. After about 20 minutes I took the apple slices out and carefully turned them over. The slices were thin and pretty sticky, they were easy to turn over as long as the pan was warm but as the pan cooled so did the chips making them hard to flip. I found that sticking the pan back in for a minute warmed the chips enough that I could flip the rest. We then allowed the apples to cook at 250 for another 20 minutes or so before taking them off the pan and letting them cool on a dish. Once cooled the apples quickly crisped up like real chips. We made a few batches, some with the cinnamon/sugar mixture and some just plain. 24 hours later all the chips are gone! I actually am thinking of making more today, they are that good! 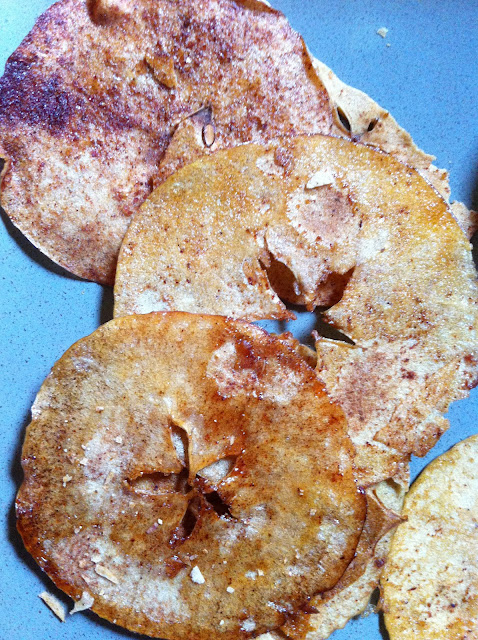