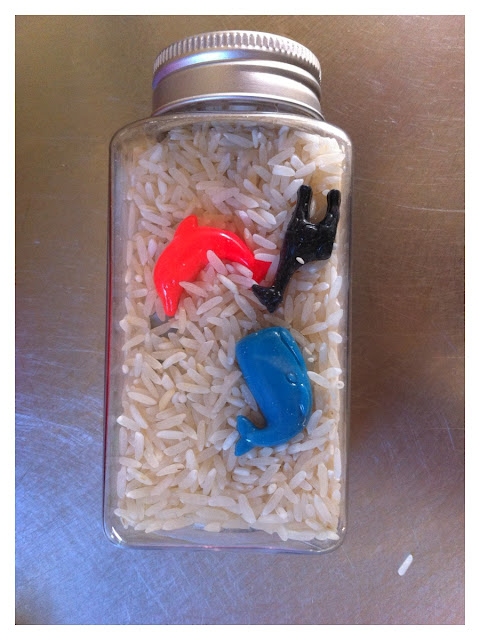 While packing for our plane trip a few weeks ago, I was looking for one more thing to stick into the girls backpacks to keep them busy on the trip. I read about the I Spy Jar that Rachel at a Quirky Momma made and thought they might be the perfect thing. I bought some small plastic jars at the craft store (although you could use some old spice jars, or even plastic bottles) that were just the right size for traveling with. I also bought some plastic animal beads in the jewlery section of the craft store. The beads came in a bunch of varieties, so I got two different kinds to make the bottles more interesting. 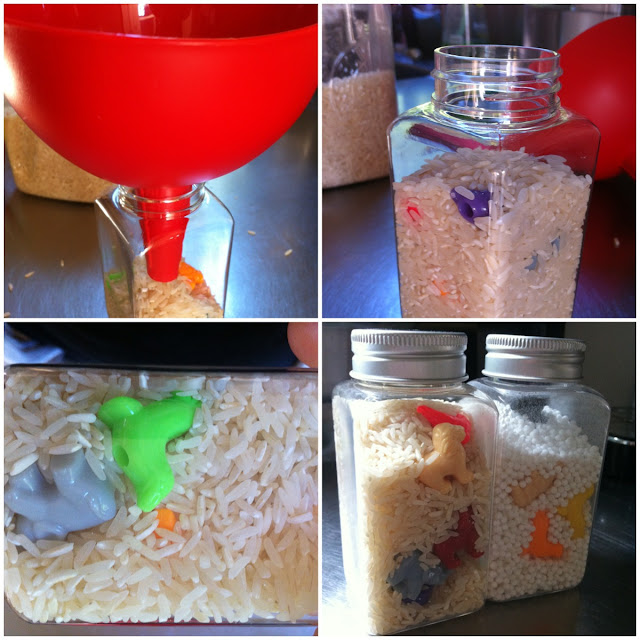 I then filled the bottles with a little rice, layering plastic beads and rice until the bottle was about 2/3 full. (As a side note I also made one bottle using dried tapioca pearls instead of rice and while it worked well the tapioca over time has left a white residue all over the inside of the bottle. So I think the rice is a better filler.) You don't want to over fill the bottle because you want to have enough room for the objects inside to move around easily. Once the jars were full I hot glued the lids in place and that was it. Honestly the girls weren't that interested in the bottles on the plane, I think there was just to much other exciting stuff to look at. However they played with them a lot on our trip and since we have been home. I also have found that I can't really walk past them with out picking them up. There is something hypnotizing about them sort of like the shaky bottles we made in the winter. 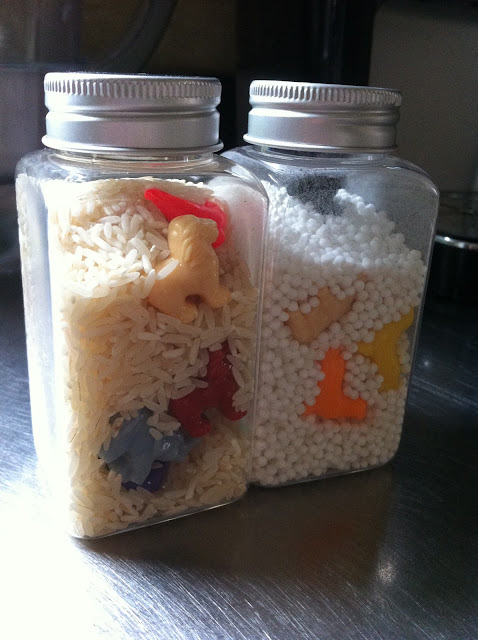