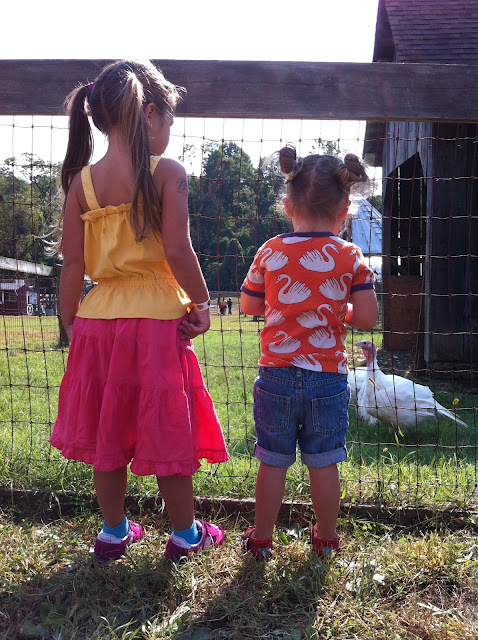 A few weeks ago the girls had a random Wednesday off, it was warm and beautiful Fall morning so we took a little trip to Weber's Farm. It was actually not our first time there, but we haven't been in a while and I forgot how close it really is. Located in Parkville, Weber's Farm is just a few minutes off the Perring Parkway North exit of 695, it only took us about 15 minutes from Baltimore City. The farm has been around for over 100 years and so when you are going don't be surprised by the houses and neighborhoods that have since grown up around the farm. That threw me off on my very first trip, I kept thinking I was lost, but then all the sudden we were there. Once you get to Weber's you forget all about the suburbs and start to feel like you are out in the middle of farmland. The farm is open Monday-Sunday from 9am-8pm and then starting in November they are open from 9am-6pm. 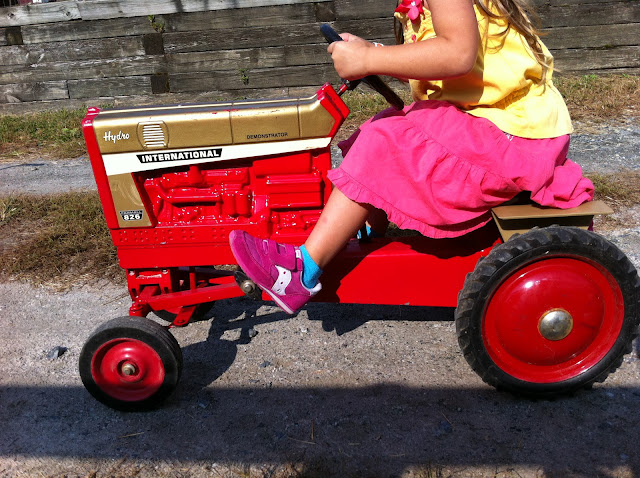 Weber's is my favorite farm for the 10 and under crowd. There is lots of stuff for young kids to do, in a relatively small space, so you don't feel overwhelmed or have to worry about walking long distances. They have little tractors to drive, a small hay maze for little kids and a bigger one for older kids. They also have lots of animals, which the girls loved: pigs, goats, ducks, bunnies and even a peacock. After checking out all the animals we took a hayride (which runs at least every hour) and made several trip down the huge slide. On the way home I asked the girls what they had liked best. For the Bee it was hands down the huge plastic slide that runs the whole length of the hill. She was very proud of herself for going down all on her own. For the Bean she liked checking out all the animals. For me, there was no question, it was the apple cider slushy and cider donuts from the farm store. I will secretly tell you that that might be the reason we go back almost every year. 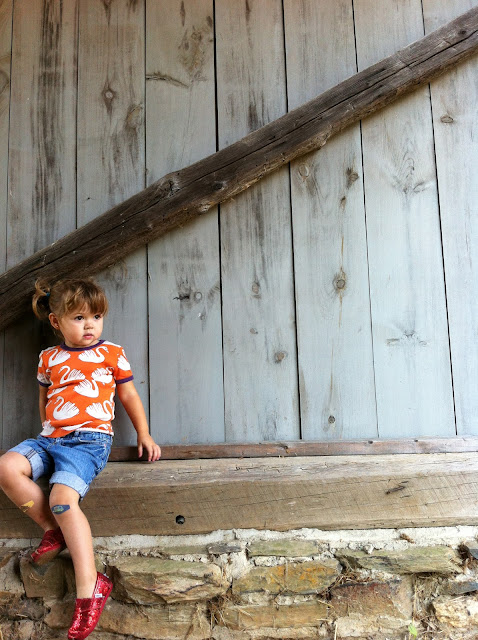 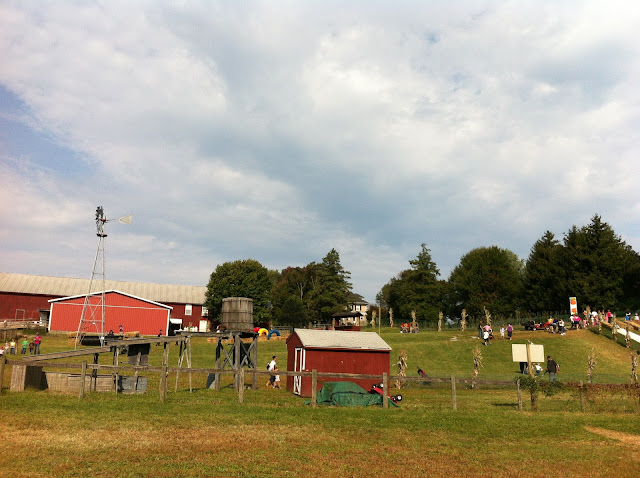 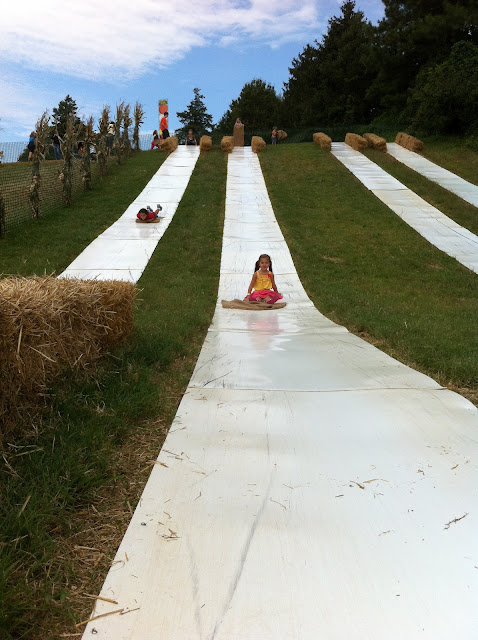