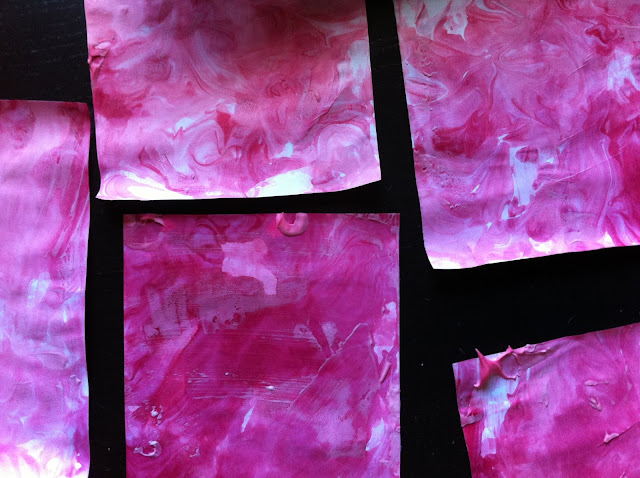 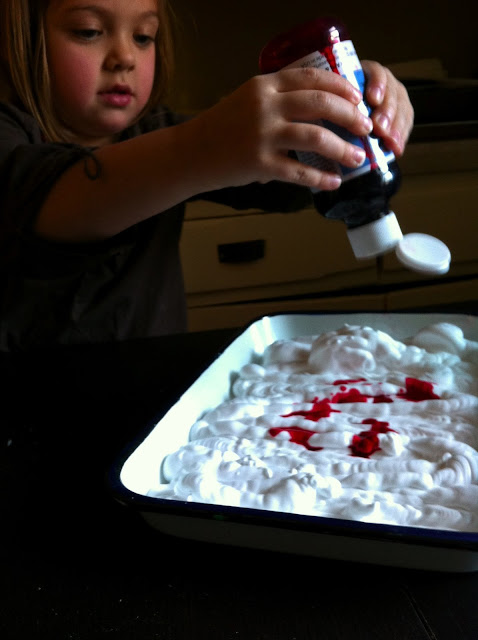 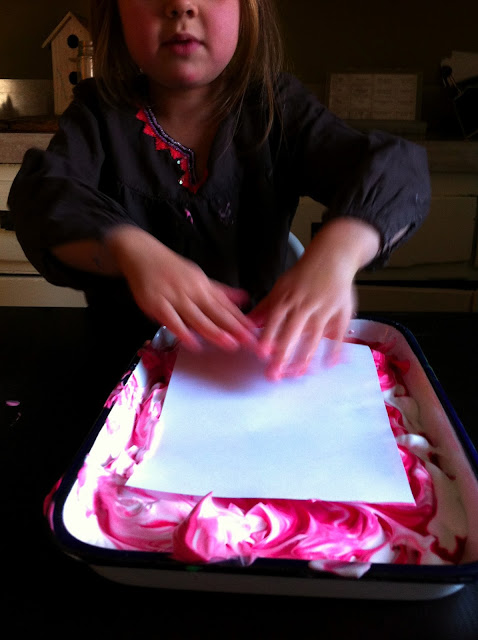 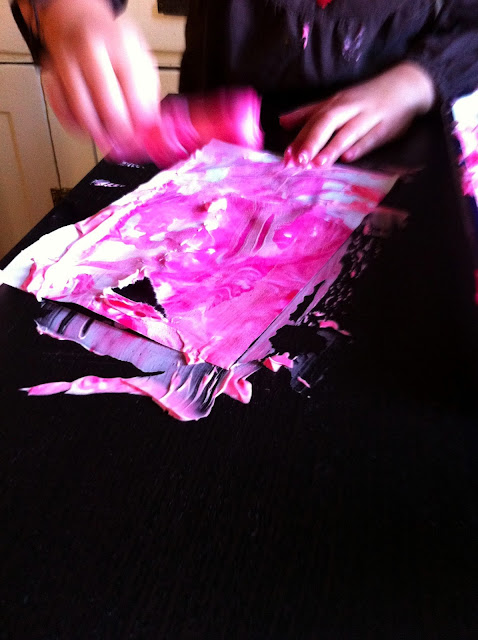 We were both amazed to discover the beautiful marble pattern left on the paper. I am not sure the science behind it but somehow the shaving cream seems to adhere to the paint to the paper because even though we only painted one side the marbling can be seen on both sides of the paper. We had a lot of fun doing this and made a bunch of marbled sheets. The Bean was sick and taking an extended nap the afternoon we did this but I would like to try it again with her, I think she would love it.
I will say that this was a pretty messy project, in that there was a lot of pink shaving cream, which is probably why the Bee loved it so much. All things considered the shaving cream is pretty easy to clean up (although our hands were a little red for the afternoon) and it smells good. By the time we were done we had a good stack of papers. After letting them dry a few days we have been using our marbled paper to make our valentines (which I will post next here next week.) 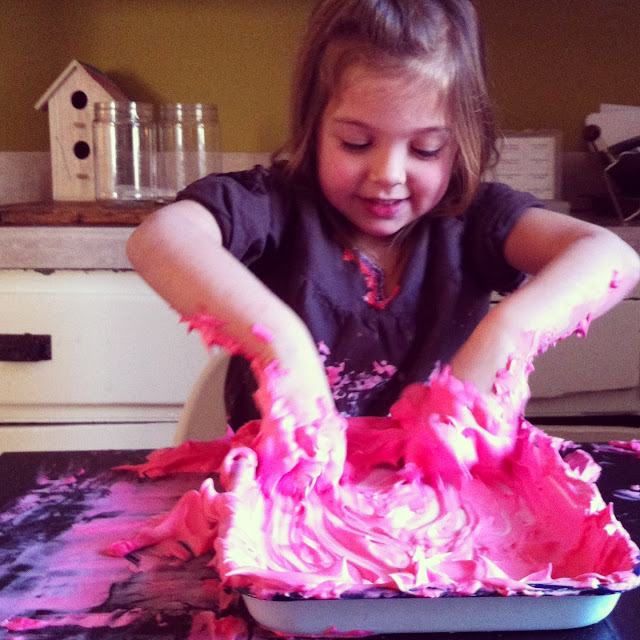