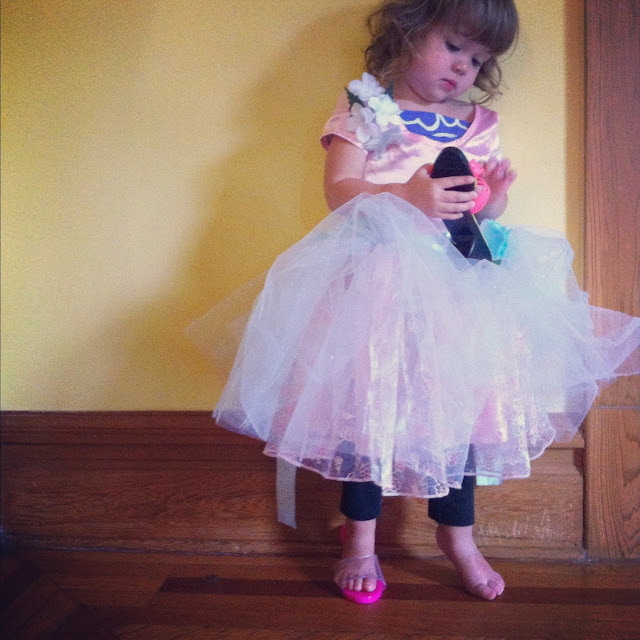 The Bean just celebrated her second birthday and she is right in the middle of what I refer to as the "lost in translation" phase. I so clearly remember when my neice (who is 9 now) went through this phase. She would walk right up to you, tell you something with enthusiasm, hand gestures, facial expressions and all and then stand there looking at you waiting for your response. The only problem being that I, of course, hadn't undserstood a single word she had said, so I would have to look up at her mom for a translation so that I could respond. The other day we were at the store and the Bean was sitting in the cart as we pulled up to the check out line. The kind woman in front of us smiled at her and the Bean replied by telling the woman her name then introducing her sister and I before asking the woman what her name was. The woman stood there smiling for a few seconds before giving me a pleading look that I oh so recognized. In that moment I realized that while I totally understood every word she had just said, the Bean's long run on statement had been lost in translation. I quickly repeated her for the woman who gave me a thankful smile before introducing herself to the Bean. While this whole interaction happened in about 20 seconds it was one of those small moments that simulatenously reminded me how big she has become and how little she still is.