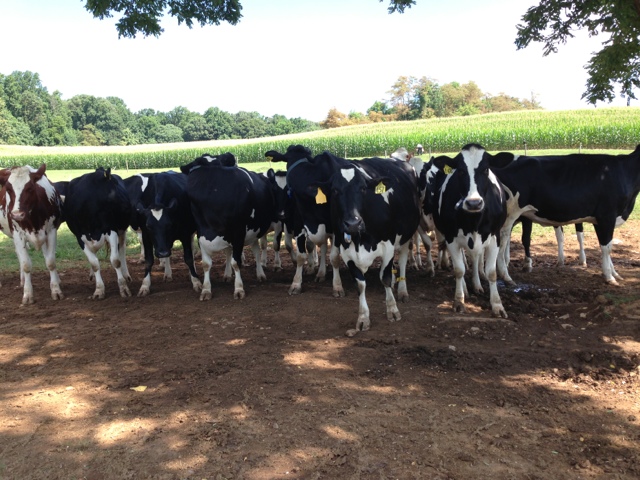 I can't believe summer is coming to an end! How did that happen? I have no idea where this summer went to, it seems like just a few weeks ago that I was talking about school ending and now here I am talking about going back to school. Our summer has flown by, filled with adventures (many of which I haven't gotten around to writing about here, but I hope to soon) trips and lots of fun with family and friends. We have not made it to as many Ice Cream Trail stops as I had hoped but the ones we have been to have been delicious. Our most recent Ice Cream Trail stop to South Mountain Creamery was not only delicious but also a lot of fun. 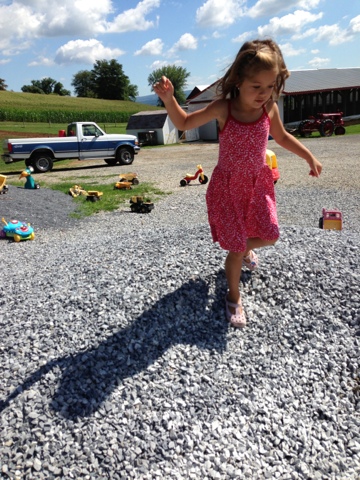 Located just of 70 in Middleton, Maryland (a little past Frederick) South Mountain Creamery is a family run dairy farm. We have been buying our milk from South Mountain Creamery for years, but always at the local farmers market, so I was very excited to go and visit the dairy where our milk comes from. The drive was about 45-50 minutes from Baltimore, but an easy straight shot out 70, with lots of farms and animals to view along the way. When we got to the farm, we parked just outside the store and went in. The store sells ice cream, yogurt, milk and cheeses to the public. The lady inside was really nice and asked if we had checked out the calves and chicks yet, which we so excitedly told her we had not. She directed us to a barn just across the road and which was full of calves, roosters, goats, and sheep. We had the place to ourselves and my city girls were both delighted and a little in awe of seeing all these animals up close and in person. The Bee was a little shocked at the smell but was quickly distracted by all the animals. After walking through the barn we checked out a smaller barn with chicks that were being filmed for Animal Planet. Finally we made it out to the pasture where we came face to face with a large group of big cows. The Bean showed them her best chicken dance, not sure why, but the seemed less then impressed. After checking out the cows, the girls spent a while playing on the play area just next to the barn. The play area had slides and tunnels, a large pile of stones with little diggers and trucks, a few ride on trikes and a bunch of old tractors that the girls loved to pretend they were driving. We played for a while before walking back through the barn on our way to get ice cream. 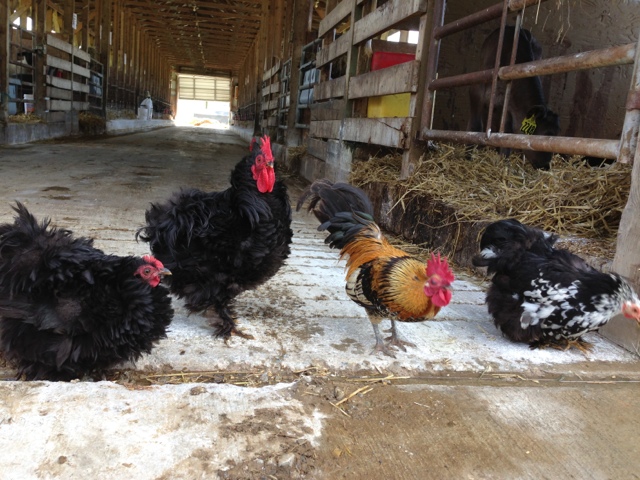 After returning to the store we sampled some delicious ice cream, the Bee had cookies and cream, the Bean had a strawberry and I had a mocha chip. The kid sizes came on a little cone and had to be the most perfectly sized kid cone I have ever seen. We also bought some pink milk and cheese to take home. Of all of our stops so far on the Ice Cream Trail, this one might be my favorite, not only was the ice cream good but the kids really got a sense of the farm and the animals that make our milk and ice cream. We didn't get to see it this time but South Mountain Creamery invited guest to feed the calves everyday at 4 and to watch the cow being milked from 1:30-5. They also offer small guided tours for groups of 10 or more. Both of which give us good reason to go back again soon! 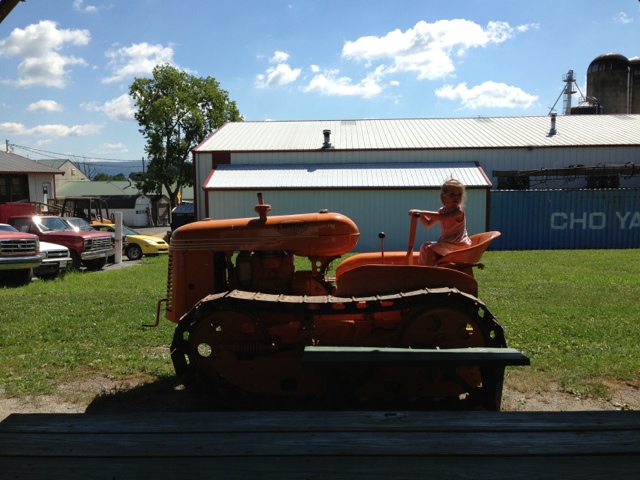 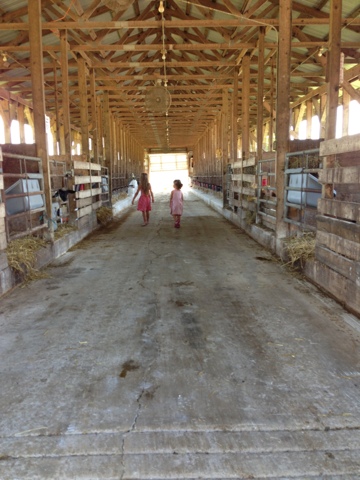