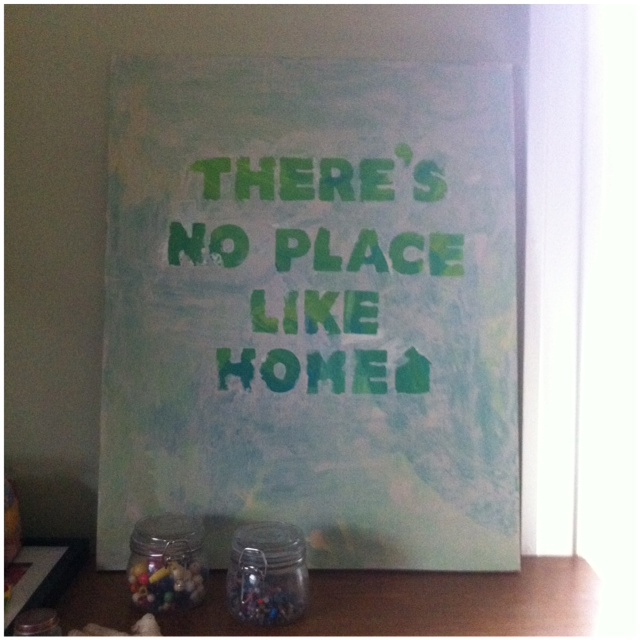 We have been on a room updating kick this winter. When we moved to this house 2 1/2 years ago I was very pregnant with the Bean and we quickly put the girls rooms together before the baby came. They never really changed and all this time later I felt like they had never really been finished. One of the things I wanted for both girls rooms was some new artwork. Something that reflected who they are now, something they would like. I had seen this DIY thrift store painting project on Pinterest and thought it might be fun to try a variation on it for the girls rooms. Instead of buying an old painting to paint over I thought we would just start by making our own painting to paint over. So I got a large canvas, we actually had one left over from our large painting project last summer and some acrylic paints in the colors to match the Beans room. I poured the paints into a little tray and the girls each started painting from one side of the canvas, until the whole thing was covered. The Bean lost interest before it was all done but the Bee was painting long after all the white had been covered. 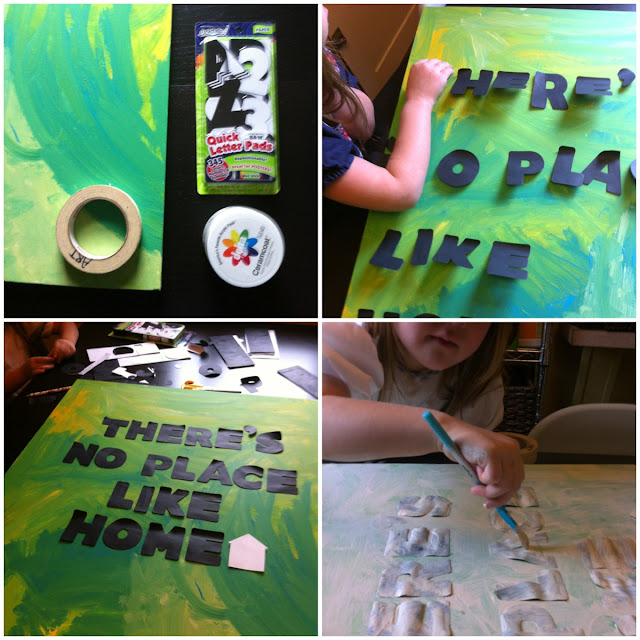 After letting the painting dry for a day I then used some paper letters from the store to spell out our quote. Since this one is for the Bean's room I picked a quote I knew she would like. I think I have written in the past about what a Wizard of Oz fanatic she is, so she was very happy when I told her what it said. After laying out the paper letters and taping them down to stay flat, I got out some white/cream acrylic paint and we begin to paint right over the letters and the rest of the canvas. We then carefully pulled back the paper letters to reveal the colored words below. The girls were pretty amazed to see them appear. 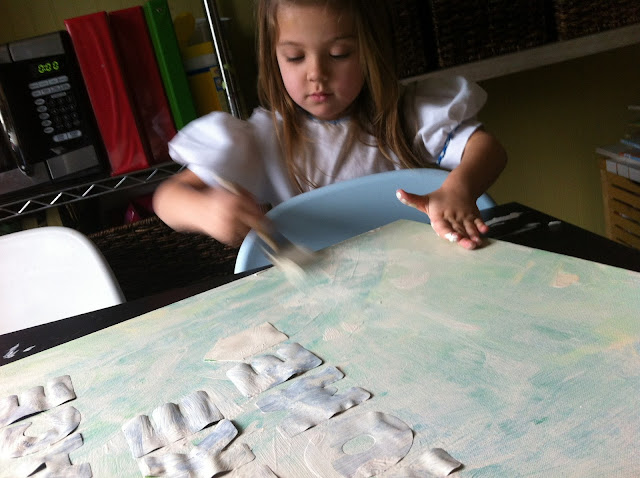 The tutorial I read from Pinterest used vinyl letters, which may have worked a little better because they would have been faster to put on and probably left a cleaner edge to the letters. However the paper letters we used worked just fine, the edges were a little blurrier but I liked the way it looked. It seemed more kid made, which is what I wanted. The final painting is sitting on the dresser waiting to be hung, which is where I am sure it will sit for a while until I finally get around to it. In the meantime the girls are very proud of their work and the Bean sees it and says "There's no place like home" every time. What quote would you put? 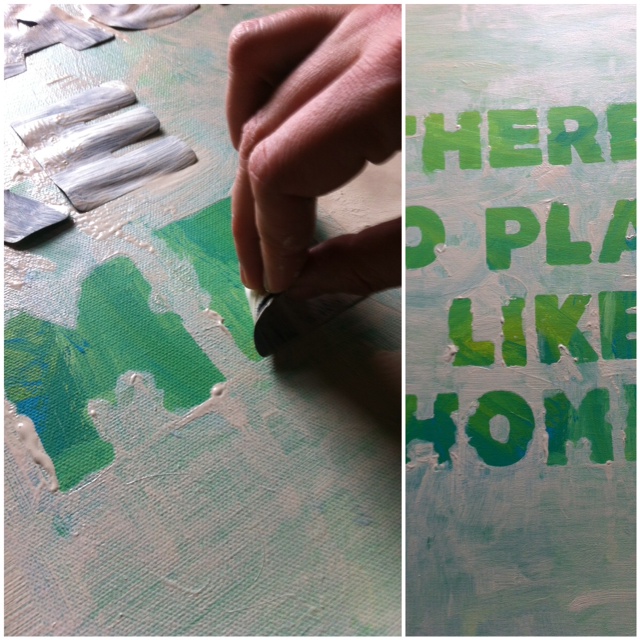 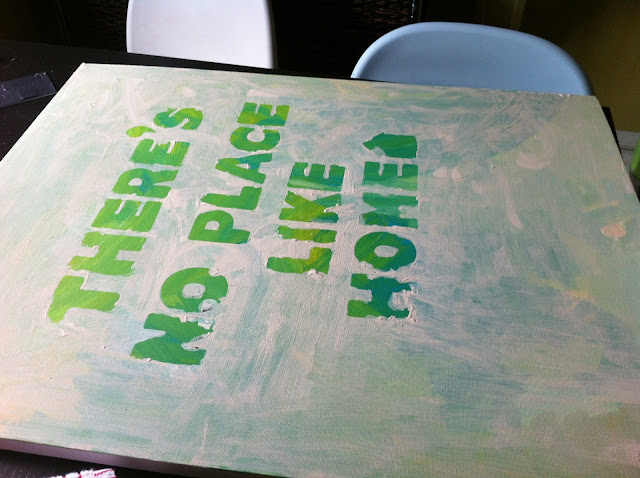