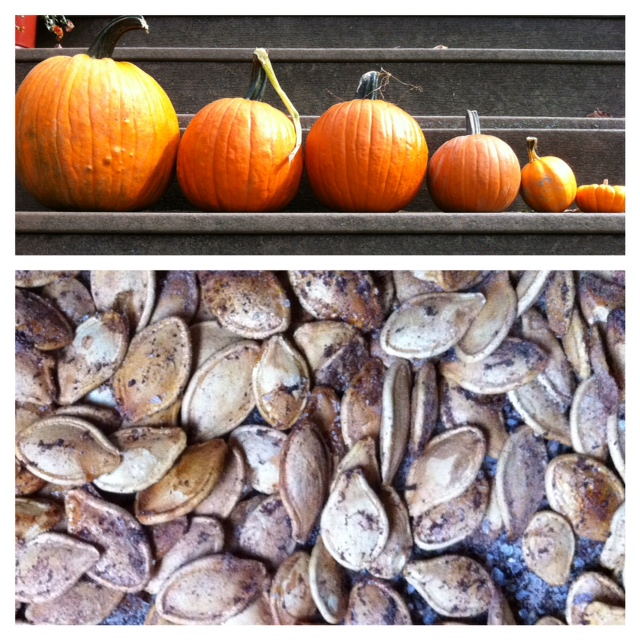 A few weeks ago we took our annual trip to the pumpkin patch and came home with lots of pumpkins. The Bee and Bean were so excited to carve the pumpkins that we wasted no time. With all the warm weather we have been having I am not sure they will make it all the way to Halloween but we had fun carving and we have been enjoying lots and lots of pumpkin seeds. I love pumpkin seeds, they are one of my favorite fall time snacks. Last year we roasted the seeds in the oven with a little salt and pepper but this year I thought we would try a little something different. 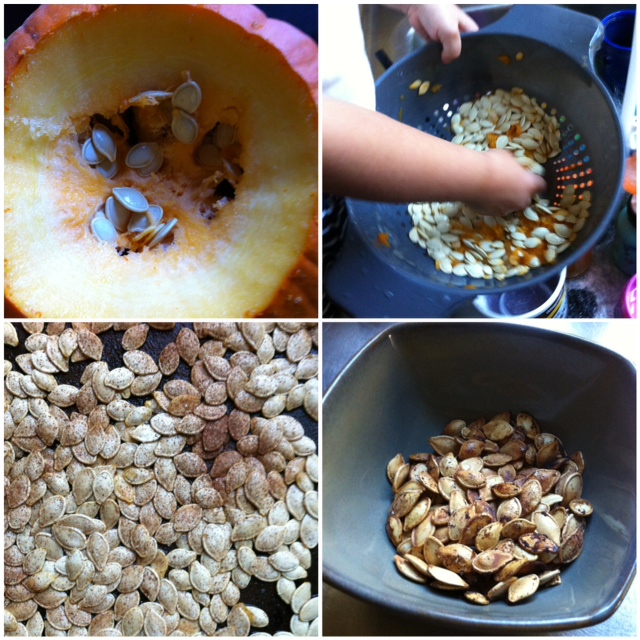 We started by cutting the top off the pumpkin and scooping out all the seeds. We also preheated the oven to 350 degrees. The Bee then helped me clean the pulp out of the seeds, a job she loved. After we drip dried the seeds, we spread them out in a single layer on a baking sheet. we then sprinkled them with a liberal amount of cinnamon and sugar. I had a cool cinnamon/sugar grinder from Trader Joe's which worked well, but any cinnamon/sugar would probably be fine. I then put the tray into the oven and baked them for 30-45 minute's until the seeds were dry and starting to brown. I did turn the seeds once about half way through. When they were done the sugar had caramelized a little on the seeds and the cinnamon gave them some flavor. They weren't overwhelmingly sweet but enough to make them delicious. The girls and I have been eating them all week!
Posted by Katie at 3:59 PM