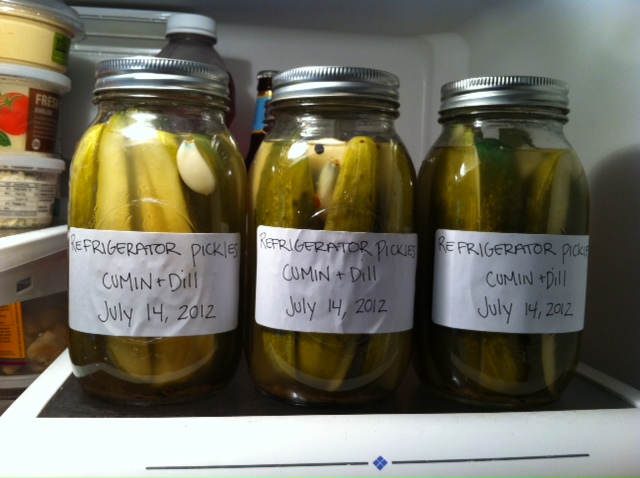 A few years ago, I happened to catch a segment on the Martha Stewart show about making pickles. Prior to this I had always been a pickle fan but had never put much thought into how they were made. I walked away from the segment with the false sense of confidence that often comes from watching someone like Martha Stewart do something. My first try at pickles ended successfully but there was some tears, a few burns and a lot of learning through the process. Every summer since then I have made pickles. It has become a summer ritual that the Bee and The Bean, who devour pickles, love. This summer was the first summer that I enlisted the help of the Bee as a helper and not just sampler. We started by slicing Kirby cucumbers (the little ones) into spears and soaking them in a large bowl of water and 1/3 cup of salt (covered) overnight. 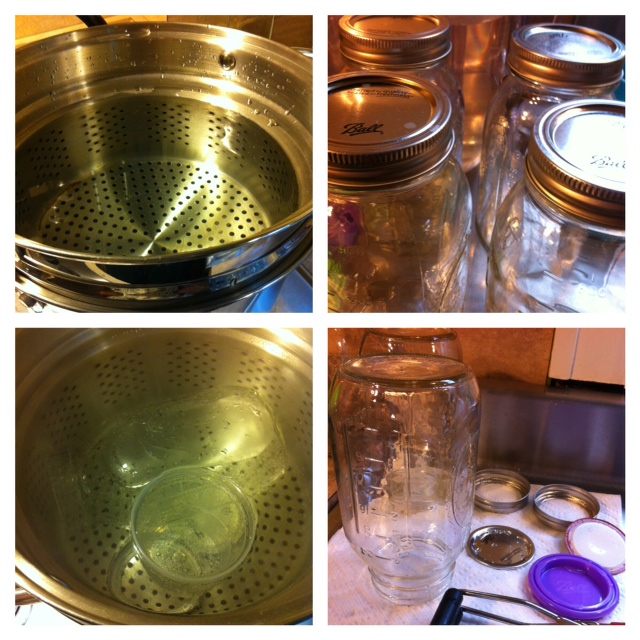 We then took 4 large mason jars and boiled the jars, the rings and lids in a pot of hot water for 15 minutes to sterilize the jars. After 15 minutes I carefully pulled them out and let them dry on a paper towel until we were ready to use them (just a few minutes.) Side note getting the jars in and out of boiling water is where many of the burns occurred in the first year so make sure a grown-up does this step and have little ones step back because hot water can splash. 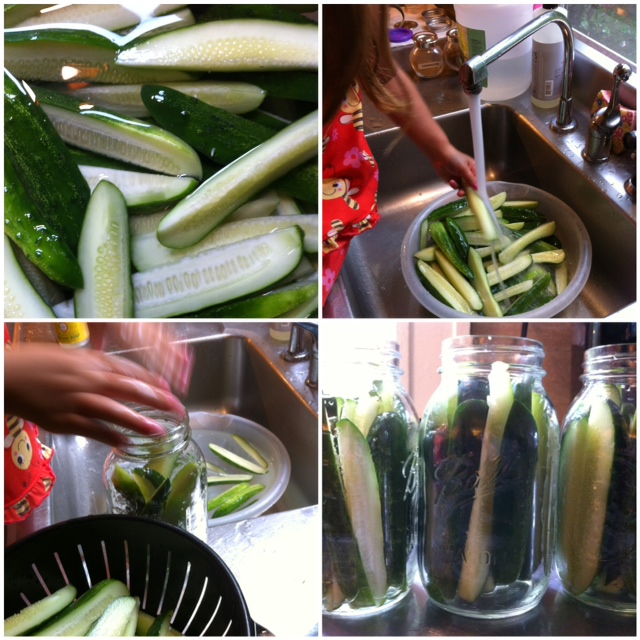 After 24 hours in the fridge we took the cucumber out and the Bee carefully rinsed them under running water and then set them in a colander to drain. She then filled the jars with the drained cucumber. We packed the jars pretty full so I had to help get the last few in. 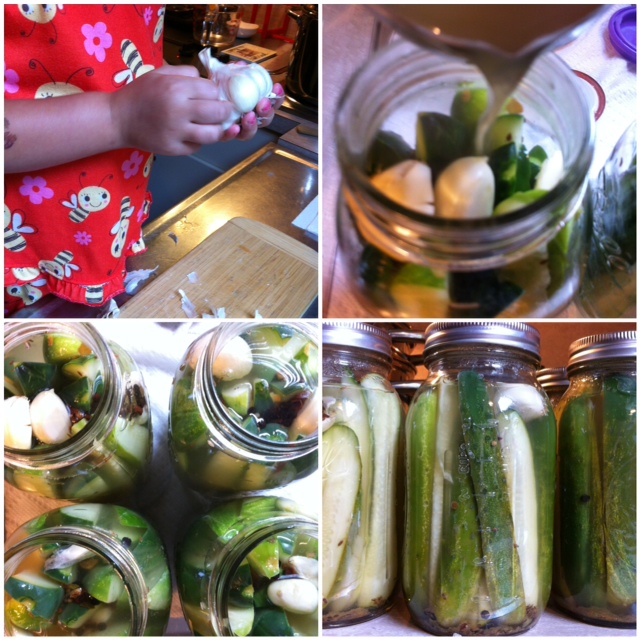 We then added three smashed cloves of garlic and some dill to each of the jars. While the Bee peeled the garlic I made the brine. If you have been reading this blog you know that I am terrible about following recipes and this time is no different. We loosely followed the directions from the book At The Farmers Market With Kids by Leslie Jonath and Ethel Brennan but seasoned the brine a little differently. I mixed 2 cups of vinegar and 4 cups of water into a saucepan. I then added 1 tablespoon pickling seasoning and 1 teaspoon of cumin. I stirred the mixture over high heat until it just came to a boil then carefully ladled the brine into the jars, filling just to cover the tops of the cucumbers. We then put the lids and rings back on the jars and allowed them to cool on the counter overnight. The next morning I tightened the lids before labeling them and putting the jars in the fridge. The finished pickles are good in the fridge for up to 3 months. After a few days in the fridge we popped open the first jar and they are already good and will only get better the longer they sit in the brine!
Posted by Katie at 2:06 PM