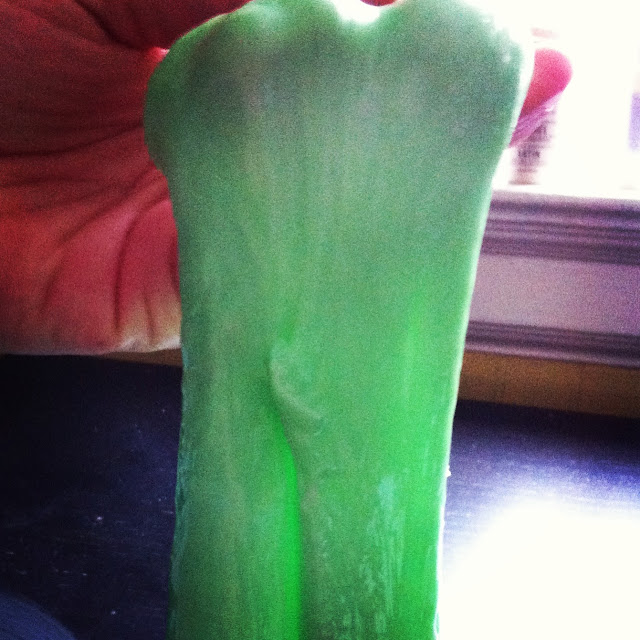 The week before last we had a lovely family bug. Not the kind were you are so sick you can't do anything but the kind were you really don't feel great and it lasts a long time. Both are annoying, but this last kind made for a very long week. Both girls had 5-6 days of fever, headache, cough and runny nose, enough to keep us at home. However with a good dose of Tylenol to take the fever down the both felt good enough to play and needed something to do. So we did lots of dress-up, watched lots of movies and played lots and lot of Gak. I had read about Gak multiple times before and it always looked so fun. we for some reason just never got around to trying it. Now that I know it provides hours of fun play and it so simple to make it will probably become a staple in our house. 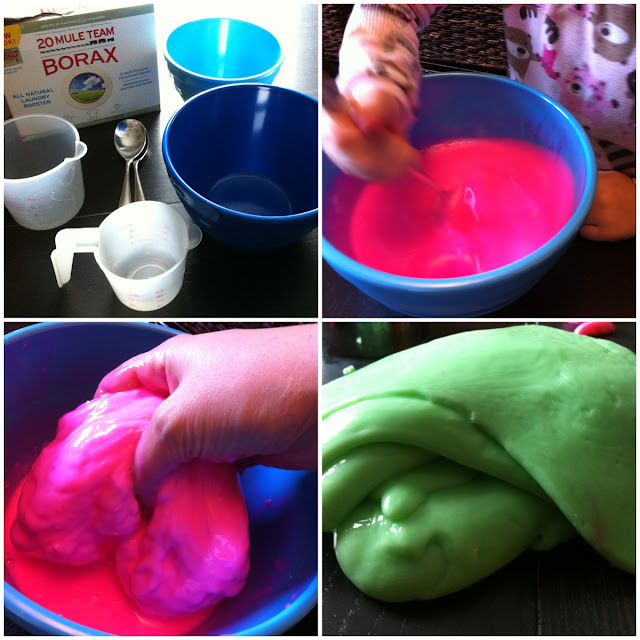 There are lots and lots of recipes floating around the Internet but the one I used came from a site called Lil' Luna. The recipe called for two bottles of white glue (8oz) , 1 teaspoon of borax, food coloring and some water (roughly 8 oz.)
We made two batches so each of the girls could have their own, although after a few days the two batches merged together to form one pinkish color. We started by pouring the glue into two bowls. I usually buy the gallon size jugs of glue, it's an old habit from my art teacher days. So we just measured out 4 oz of glue for each bowl. In the directions I read they then filled each empty bottle of glue with water, shook it around a little and poured the water into the bowl. Since we didn't use glue bottles I estimated we would need 8 oz of water, and that was probably too much. You would probably be better of with 5-6 oz of water. Although honestly it didn't mess up our gak we just had a little extra liquid we dumped out. The girls then selected the color they wanted and added 5-10 drops of food coloring. Finally we added one teaspoon of borax (which you can get in the laundry detergent aisle of most stores.) Once we had all the ingrediants together the girls started stirring, first with spoons and then with their hands. Within just a few seconds the mixture started to form a ball and with just a little more mixing we had Gak! We took the ball out of the bowl and dumped the remaining liquid, then kneaded the ball a little just to get rid of any extra moisture. After that the Gak was ready. 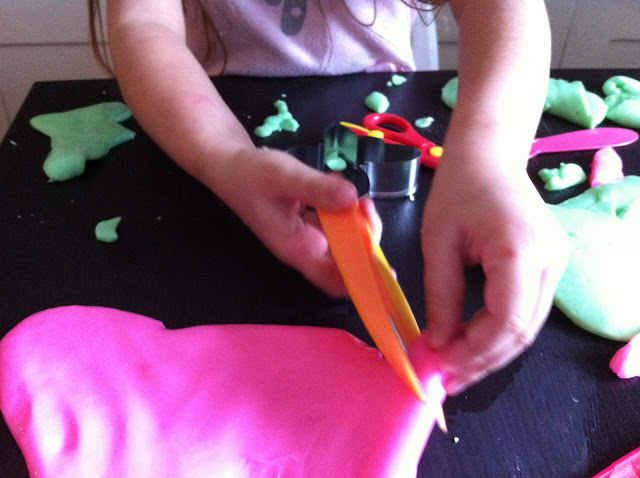 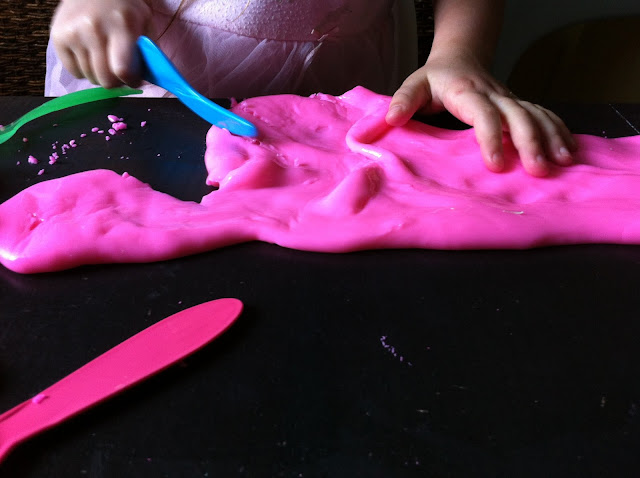 The consistency is something that is hard to describe, the best I can come up with is flubber. It stretches and melts, but it can also hold a shape and you can gut it with scissors. The girls have played with the gak almost everyday for over a week now. Sometimes for just a little bit but sometimes for a very long time. They like to pretend that they are hosting their own cooking show. We have used our play dough tools to play but also have found that just plastic utensils, cups and bowls are fun for Gak. The Gak seems to store well in a plastic bag, although I am not sure how long it is good for. But I figure whenever it seems done, it is so easy to make we can just start another batch. 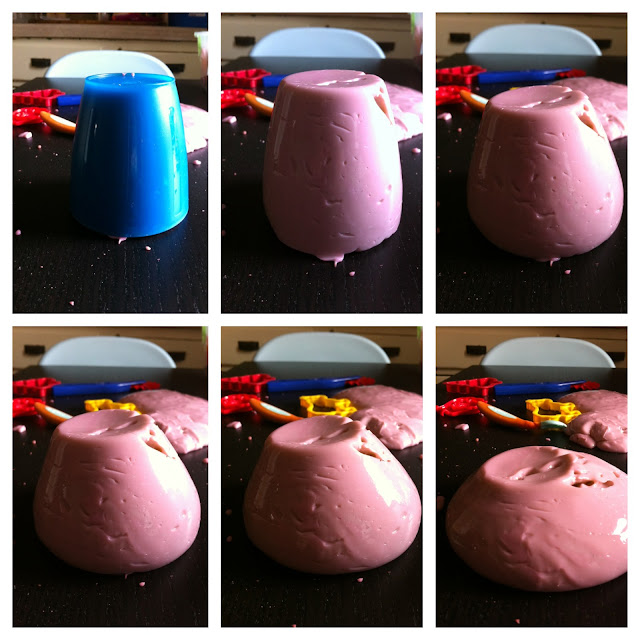