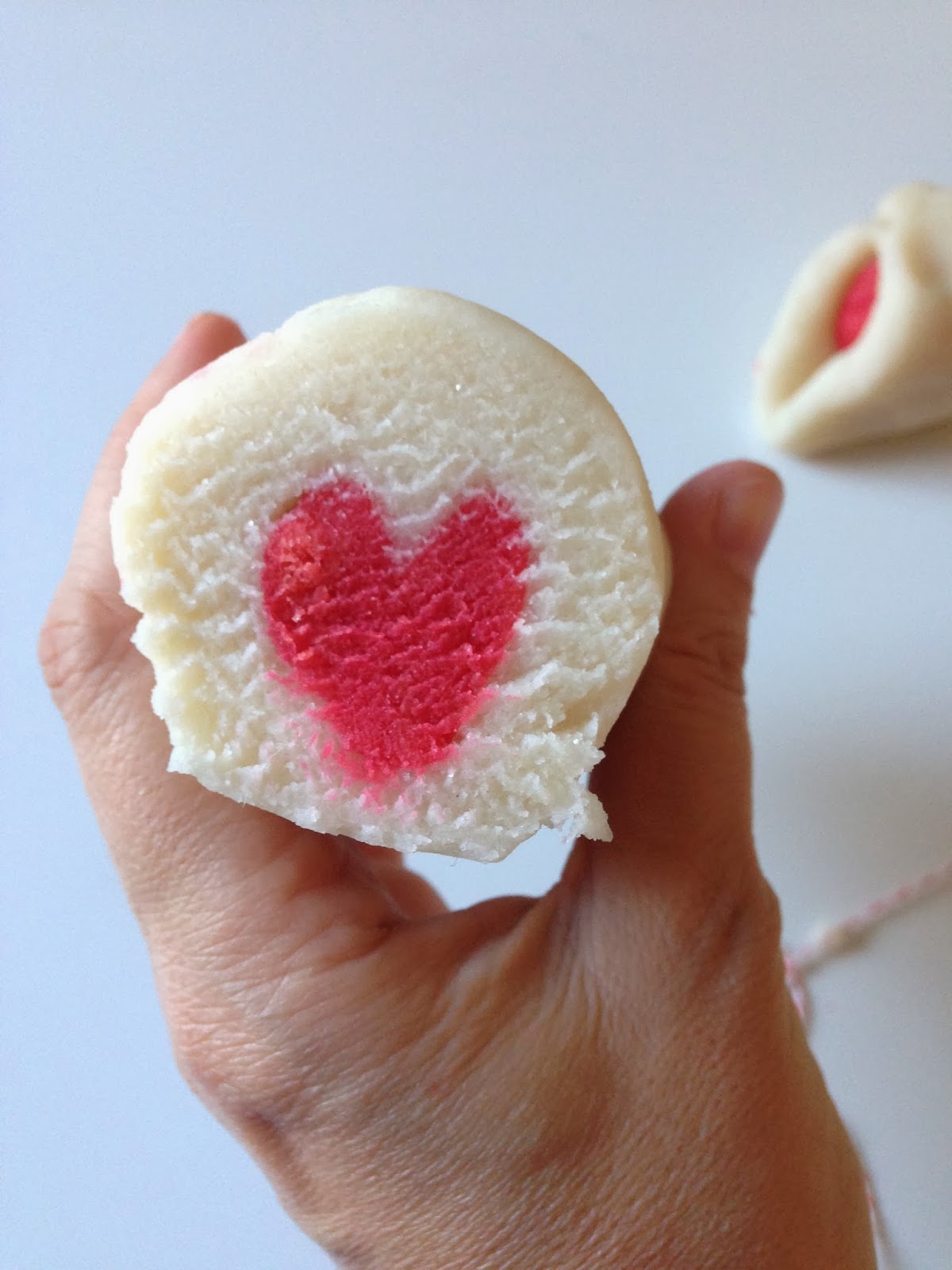 With New Years over my kids have already moved on to the next holiday, Valentine's Day. The girls have already been talking about what kind of Valentines they want to make and give to their classmates this year. Which brings me to the dilemma I face every year at this time, to give candy with the Valentines or not to give candy. My Kids of course want to give candy, because like every other kid they love candy. And while I don't mind my kids having the occasional piece of candy I hate to be that parent that hands it out to all the other kids. So this year I came up with what will hopefully be an option that will keep me happy and them happy, play dough valentines! 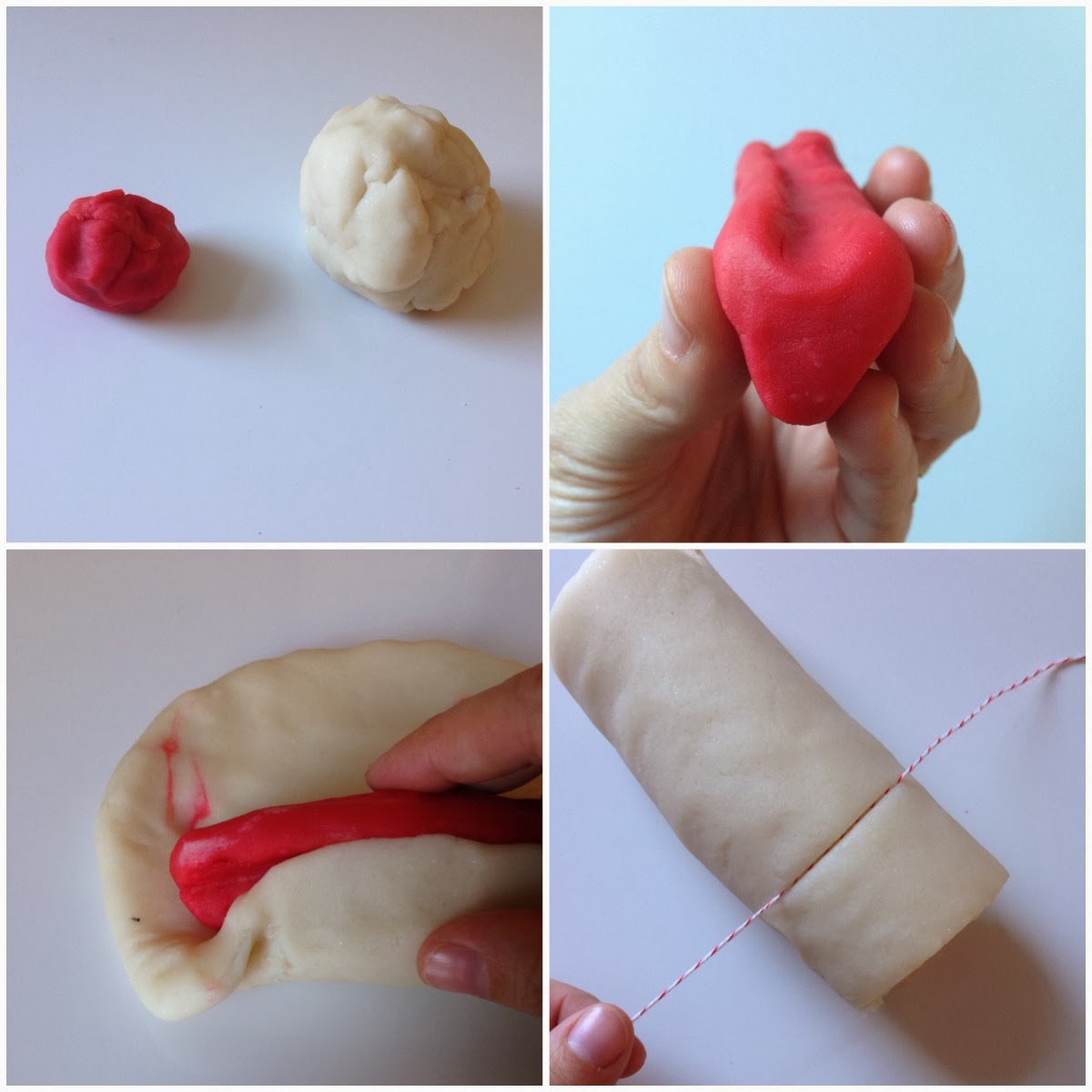 We started by taking the red play dough and rolling it into a thick worm. I then took a clay tool, although you could use a knife or even a pencil, to push a trench into the top of the worm. I found that making the trench pretty deep seems to work best. I then took the opposite side of the worm and pinched it into a point all along the bottom. So that when I was finished I had a long heart shaped worm. Next the girls helped me to flatten the white snow dough into a pancake. I then carefully wrapped the white play dough around the red heart worm, starting by pushing one end of the pancake into the trench of the heart. I rolled the white play dough until it fully covered the red and then pinched the roll shut. Finally I used a string to cut the roll into 1 1/2 inch pieces. When I cut into the play dough we were delighted to see a perfect heart in the middle. I then took each piece and placed it into a small plastic container. I bought the containers at the dollar store but any small Tupperware type container would work. We made a few containers and I am hoping to make more over the next few weeks so that the girls can each take them to give to their friends at preschool on Valentines Day. I was thinking of maybe getting tags so that the Bean can draw a picture and the Bee can write her friends names to personalize them a bit.  I will try and share a picture of the finished outcome as we get closer to Valentines Day. 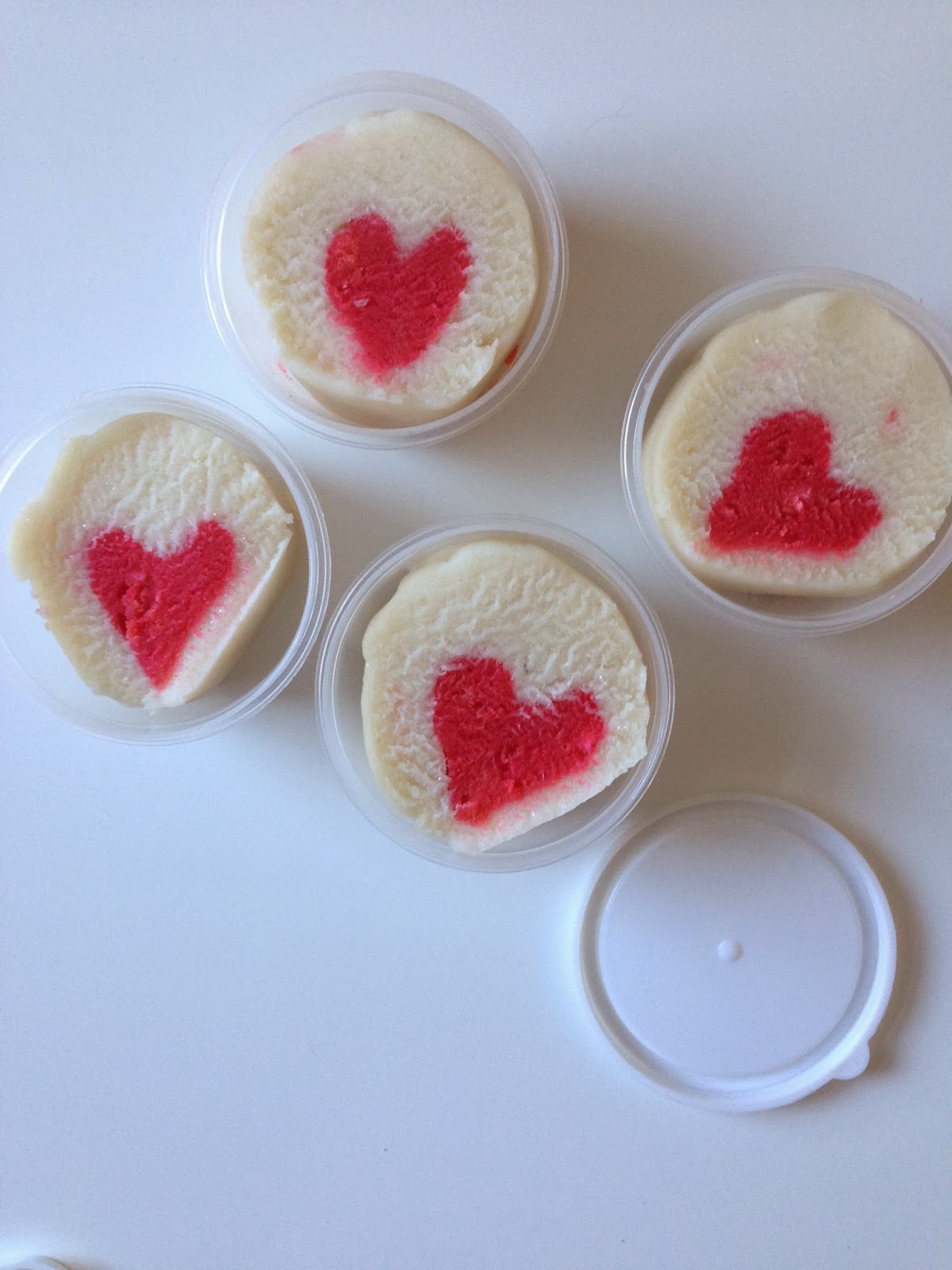 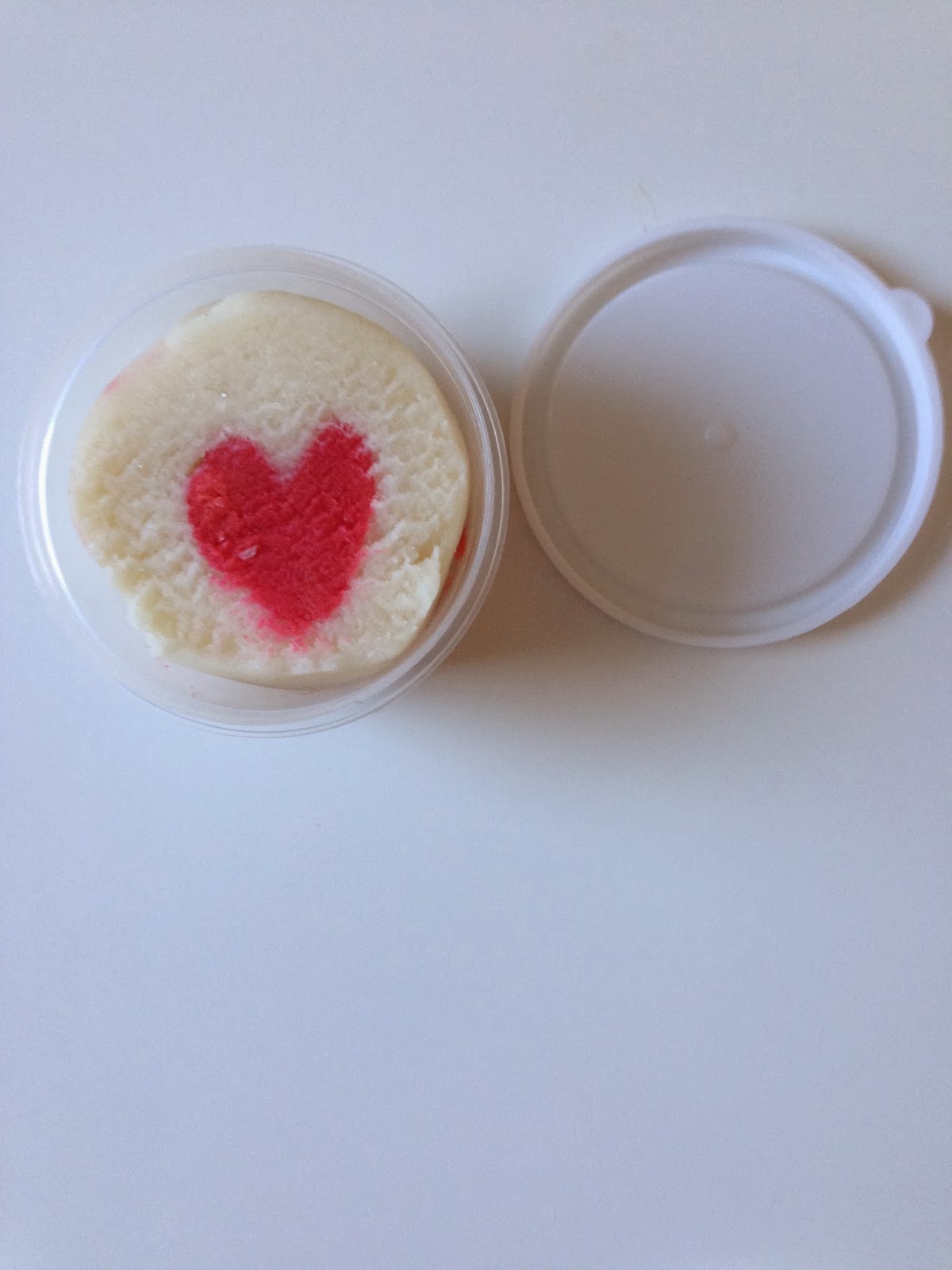 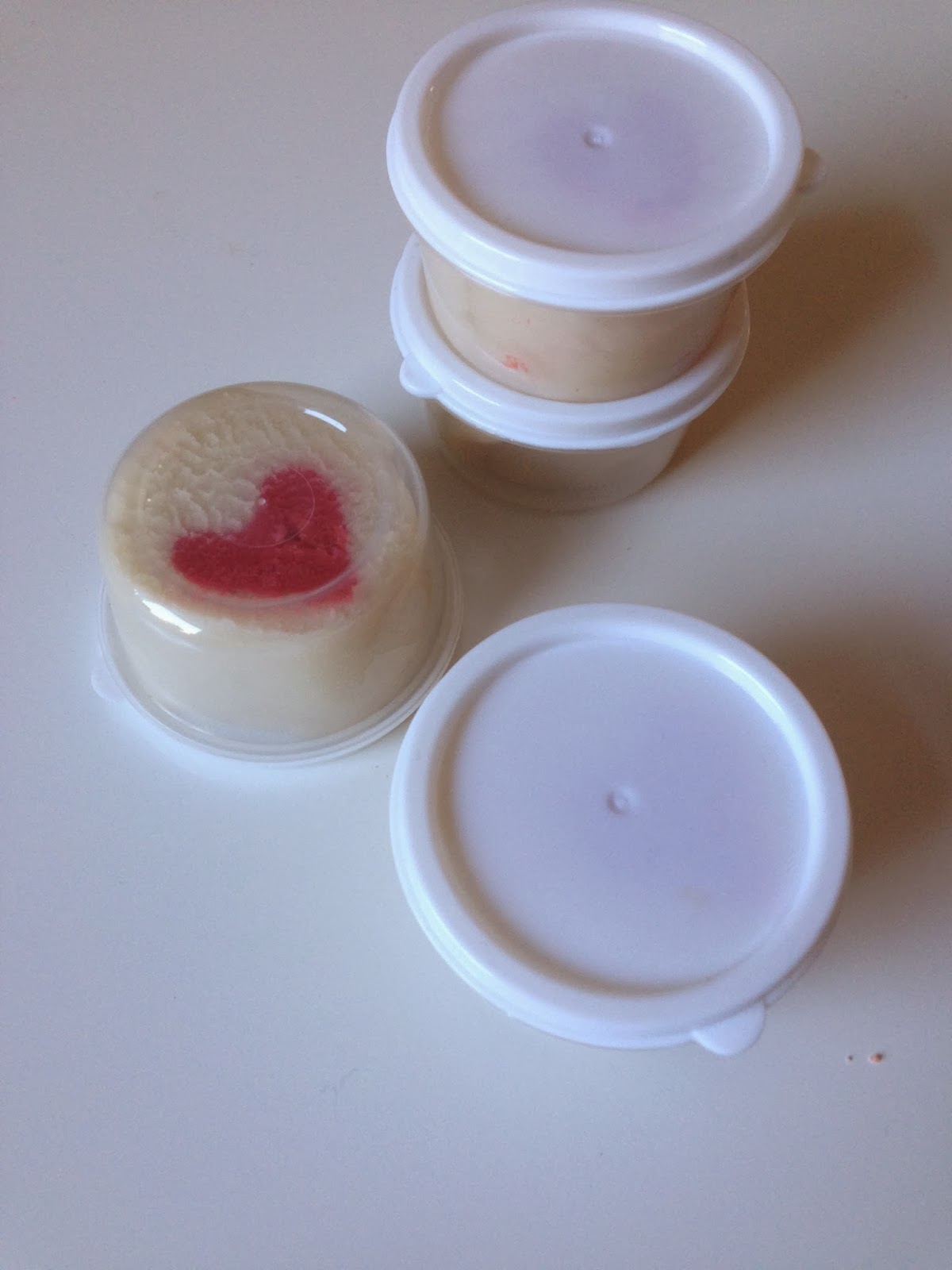